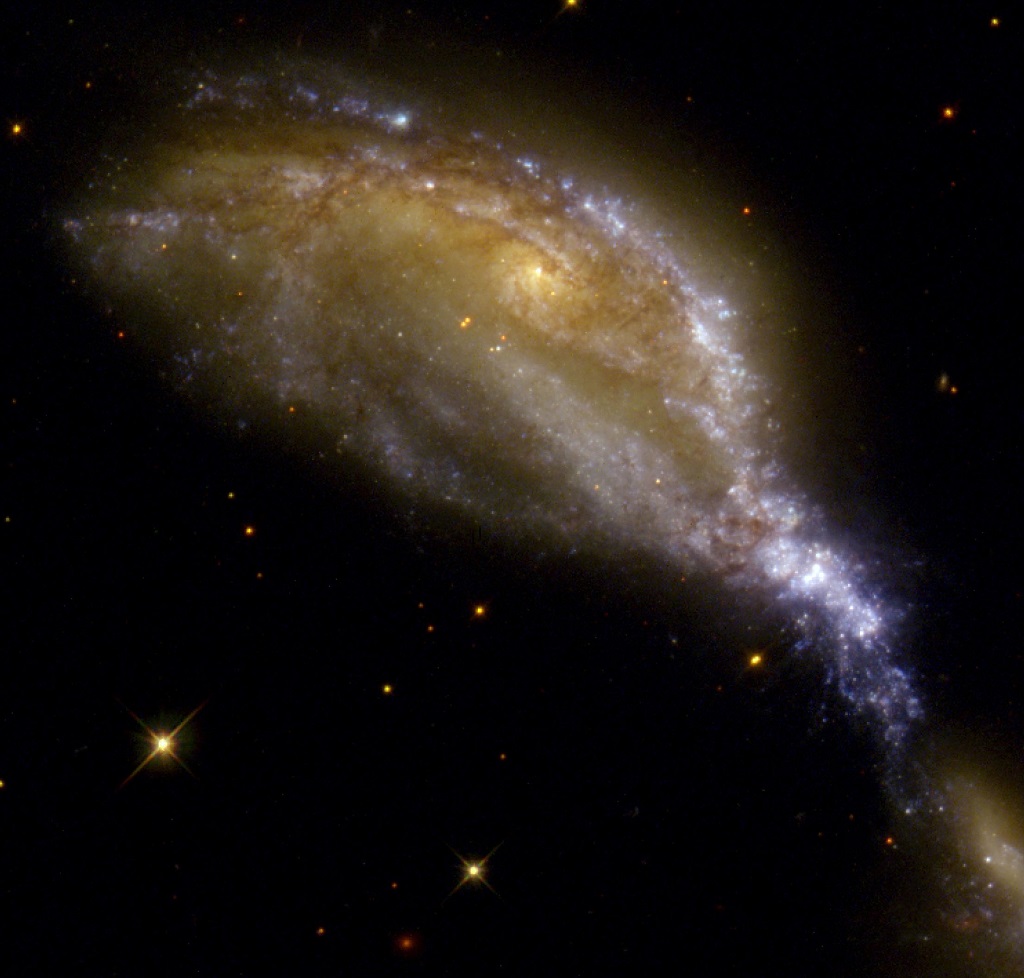 NGC 6745 (also known as Bird’s Head and UGC 11391) is a distorted galaxy of some 85 thousand light-years across that lies about 206 million light-years away from Earth in the constellation of Lyra, while it is speeding away from us at approximately 4545 kilometers per second. It is actually a triplet of galaxies – NGC 6745A / 6745B / 6745C – in the process of colliding.

The three galaxies have been colliding for hundreds of millions of years. After passing through the larger galaxy (NGC 6745A or PGC 62691), the smaller one (NGC 6745B or PGC 200361) is now moving away (nearly out of the field of view at lower right) at almost a thousand kilometers per second. The bright blue “beak” (known as PGC 200362) and “top feathers” of the “bird” are star clusters showing the distinct path taken during the smaller galaxy’s journey – from a region to the left of the upper-left corner to its present location at the lower-right corner.

It is unlikely that any stars in the two galaxies collided directly because of the vast distances between them. The vast clouds of gas and dust between the stars, however, do interact directly in a collision. These collisions compress the clouds and trigger new star birth. The hot blue stars in this image are evidence of this star formation.

The larger galaxy was probably a spiral galaxy before the collision, but was damaged and now appears peculiar. However, its core is still intact and we can also still see two spiral arms about half way between the center and the top of the galaxy. The smaller galaxy (of about 20 thousand light-years across) seems to show little evidence of current star formation and has probably lost most of its interstellar medium to the larger one.