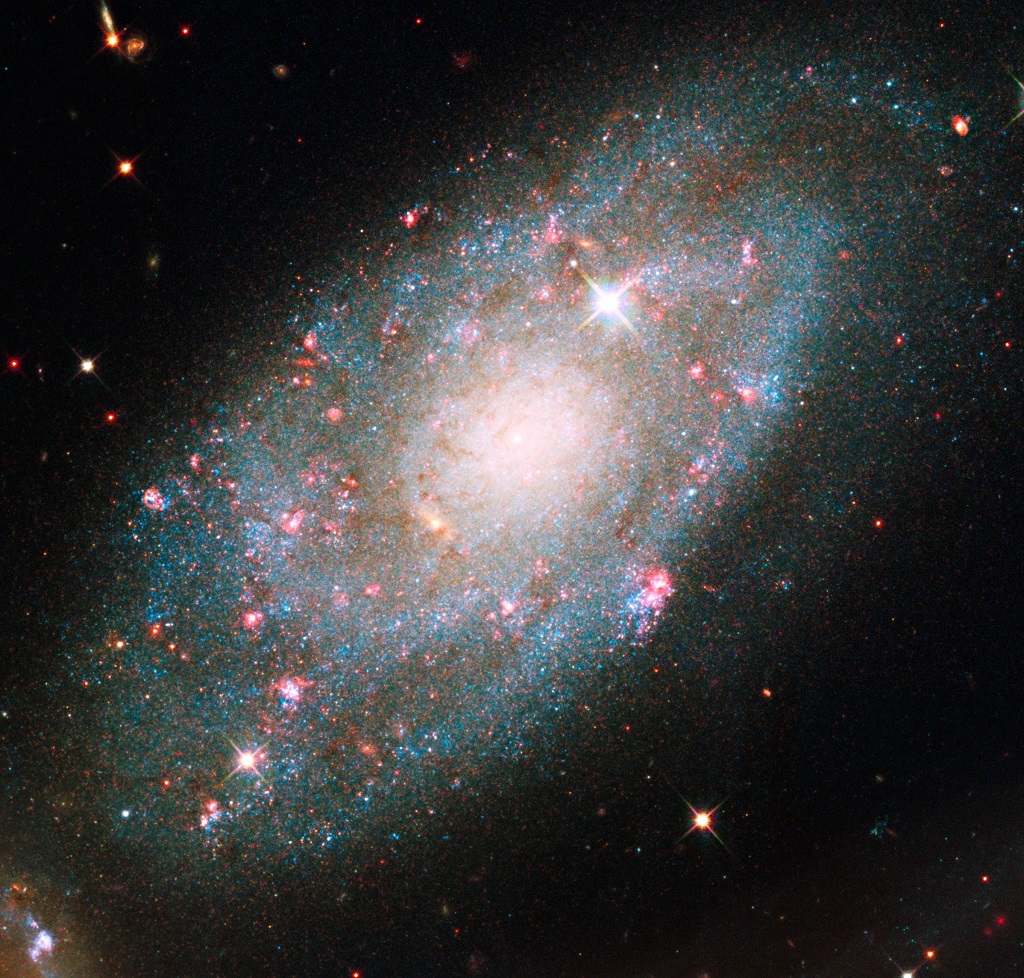 NGC 7320 (also known as PGC 69270) is an unbarred spiral dwarf galaxy of some 30 thousand light-years across, located about 39 million light-years away from Earth in the northern constellation of Pegasus (the Winged Horse). It is receding from us at roughly 786 kilometers per hour.

NGC 7320 is showing extensive star-forming (H II) regions, visible as as red blobs, where active star formation is occurring. The bright blue dots are young star clusters. In this galaxy, Hubble can also resolve individual stars, evidence that NGC 7320 is closer to Earth than the other members of Stephan’s Quintet.

The composite image was taken in visible and near-infrared light by the Wide Field Camera 3 (WFC3) aboard NASA’s Hubble Space Telescope, that observed the Stephan’s Quintet in July and August 2009. It was made by using filters that isolate light from the blue, green, and infrared portions of the spectrum, as well as emission from ionized hydrogen. These Hubble observations are part of the Hubble Servicing Mission 4 Early Release Observations. NASA astronauts installed the WFC3 camera during a servicing mission in May to upgrade and repair the 19-year-old Hubble telescope.