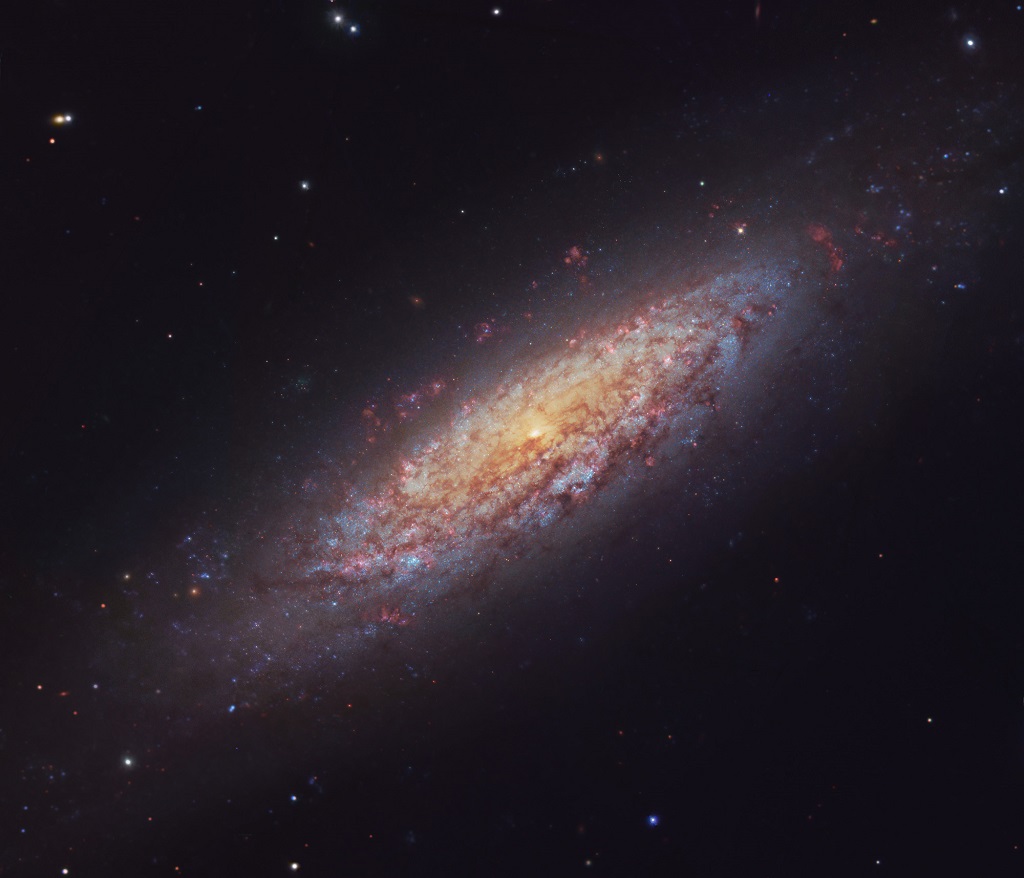 NGC 6503 (also known as UGC 11012) is a dwarf spiral galaxy of about 30,000 light-years across (just about a third of the size of our Milky Way galaxy), located some 17 million light-years away from Earth in the constellation of Draco (the Dragon). It’s receding from us at approximately 25 kilometers per second.

Structurally similar to the Milky Way, NGC 6503 shows a yellowish center of older stars, bright blue star clusters of massive young, stars, and many obscuring dark dust lanes, while pink-colored puffs are clearly marking star-forming regions where stars have recently formed in the galaxy’s swirling spiral arms. The fresh starbirth infuses this galaxy with a vital pink glow in this image.

NGC 6503 is situated just inside a giant, sparsely populated region of space called the Local Void, bounded by our Local Group of galaxies, the Hercules Cluster and the Coma Cluster. Estimates for the void’s diameter vary from 30 million to more than 150 million light-years — so NGC 6503 does not have a lot of galactic company in its immediate vicinity.