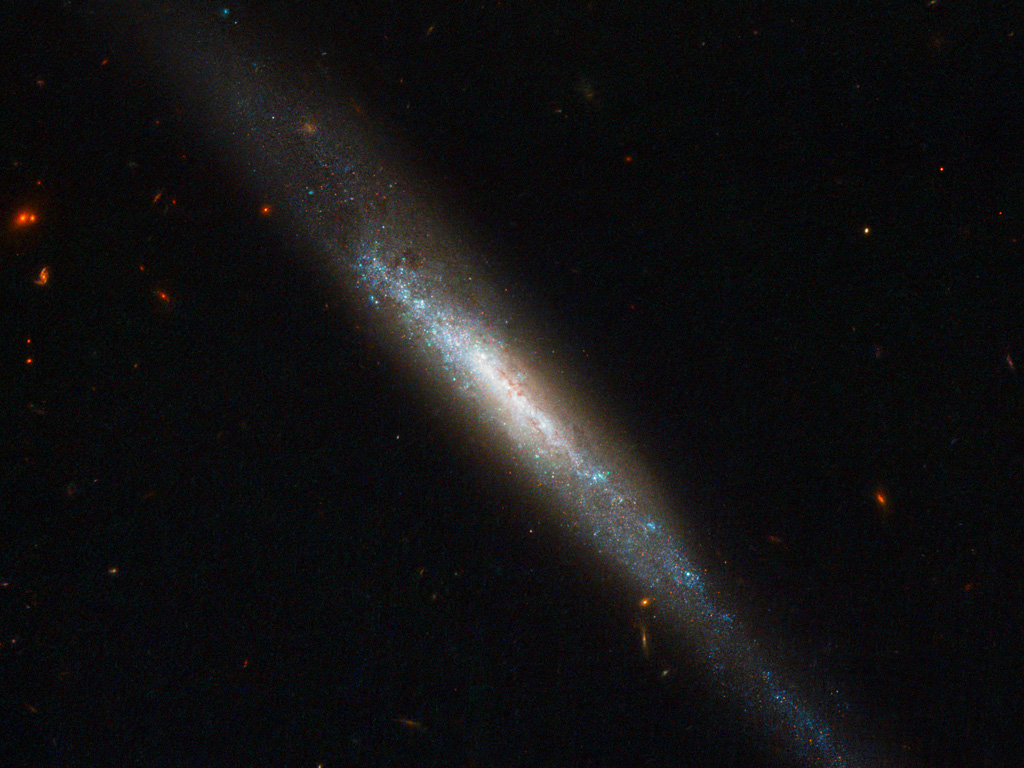 NGC 4019 (also known as IC 755) is a barred spiral galaxy of some 49,000 light-years across, located about 70 million light-years away in the constellation of Coma Berenices (Berenice’s Hair), while it is receding from us at approximately 1524 kilometers per second.

This edge-on galaxy contains numerous star clusters of bright blue stars, several pink star-forming regions and is laced with dark dust lanes. Billions of stars make up the galaxy and many will become supernovae, using their final moments to breathe new life into the rest of the Universe.

In 1999 a star within NGC 4019 was seen to explode as a Type II supernova and named SN 1999an. It occurred likely in a region of 14 million years old. Before detonation the star was probably around 20 times more massive than our Sun.

A Type II supernova results from the rapid collapse and violent explosion of a massive star. A star must have at least 8 times, and no more than 40–50 times the mass of the Sun for this type of explosion. It is distinguished from other types of supernova by the presence of hydrogen in its spectrum. Type II supernovae are mainly observed in the spiral arms of galaxies and in H II regions, but not in elliptical galaxies.

Type II supernovae have an important role to play in galaxy evolution as many elements are formed during the explosion and are ejected with such force that they are distributed far and wide. Shockwaves also help to mix material within the host galaxy and may spark new rounds of star formation.