N214C, an emission nebula in the LMC 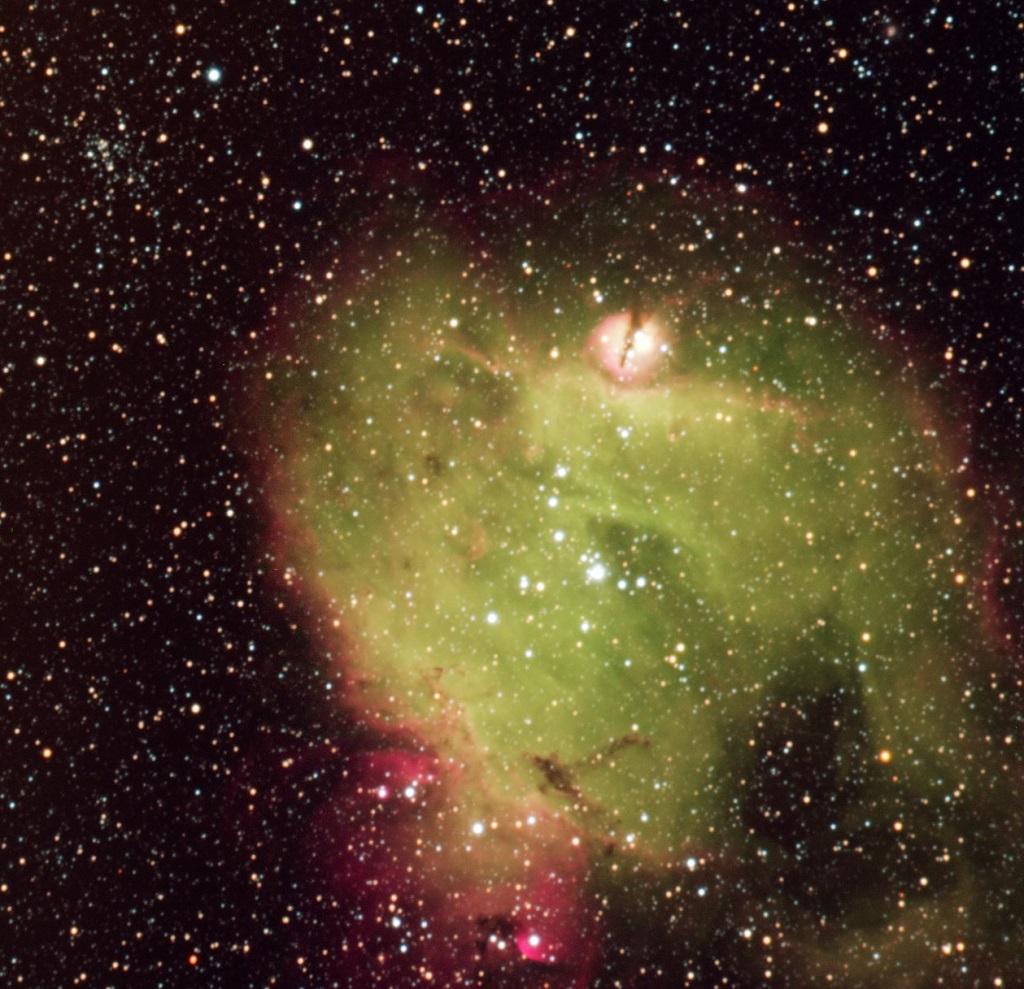 N214C is an emission nebula of approximately 160 x 170 light-years across located within the Large Magellanic Cloud, a small satellite of the Milky Way that lies some 163,000 light-years away from Earth in the constellation of Dorado. It is part of the H II region N214, and is a noteworthy region of ongoing star formation.

Toward the middle of this star-forming (H II) region lies a tight cluster of stars named Sk −71◦51. This cluster contains at least 6 bright, massive stars, including the region’s brightest and hottest star, and probably hundreds of lower mass stars. These cluster stars are illuminating the nebula.

Some 50 light-years north of this cluster lies a striking compact Pac-Man-like blob of ionized gas, that may have resulted from massive star formation. This spherical structure of about four light-years across is split into two lobes by a dust lane which runs along an almost north-south direction.

In the gas blob astronomers discovered an impressively-strong infrared source, which means that a tremendous heat source must exist within it. Estimates indicate this infrared source is about 200,000 times more luminous than our own Sun, what means that the source is probably a very massive star that weighs about 40 times the mass of the Sun. Another explanation for the bright infrared light source could be that a 100-solar-mass star is currently being produced within the blob, but has not come out of its birth cocoon yet.

Another notable area of N214C is its south-eastern border (at the bottom left of this image), which is suggesting that this reddened H II region, where new stars are being born, is in contact with a molecular cloud in that direction.

This composite six-colour image, taken with the ESO NTT/SuSI2, results from the co-addition of several individual exposures taken through various narrow and broadband filters. North is up and east to the left.