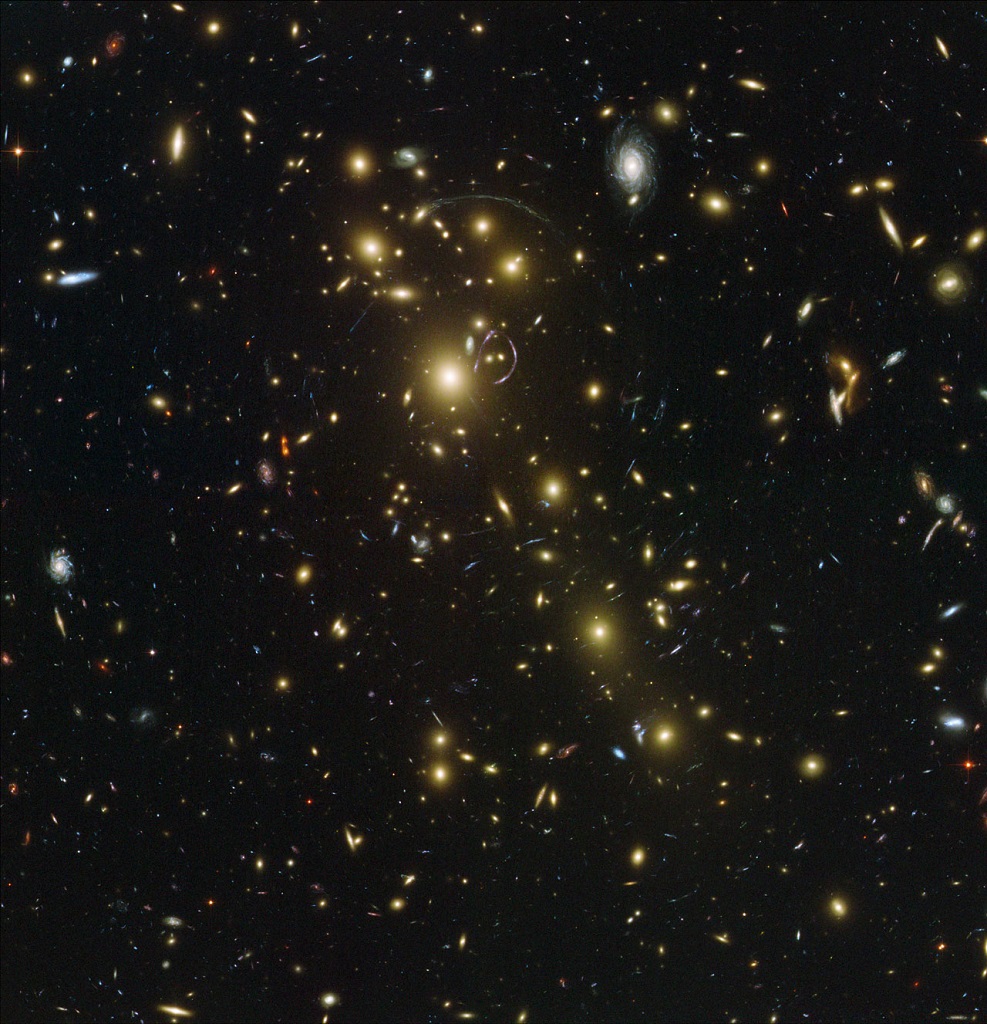 Abell 1703 is a massive galaxy cluster located some 3 billion light-years away from the Earth in the northern celestial hemisphere. It is speeding away from us at about 67,762 (!) kilometers per second (redshift 0.28).

Galaxy clusters are the largest gravitational bound objects we know (much larger than galaxy groups) and consists of anywhere from hundreds to thousands of galaxies, hot X-ray emitting gas and large amounts of dark matter. They have a well-populated central core and a spherical shape. Typically, their sizes range between 5 and 30 million light-years, while their mass is of the order of 1014 to 1015 solar masses.

Abell 1703 – dominated by a giant elliptical galaxy in its center – is composed of over one hundred different galaxies and a lot of invisible dark matter. The gravity of the cluster acts as a powerful cosmic telescope, or gravitational lens.

Scattered across the image are the massive yellow, mostly elliptical galaxies of the Abell 1703 cluster in the foreground. Together with the dark matter, they are producing the gravitational lens that bends the light rays from more distant galaxies in a way that can stretch the images and so amplify the brightness of these light rays.

In the process it distorts their shapes and produces multiple banana-shaped images of the original galaxies. The result is the stunning image seen here – a view deeper into the Universe than possible with current technology alone.

This image was taken with the Advanced Camera for Surveys on the Hubble Space Telescope, using one infrared and three optical color filters.