Messier 14, a globular cluster in Ophiuchus 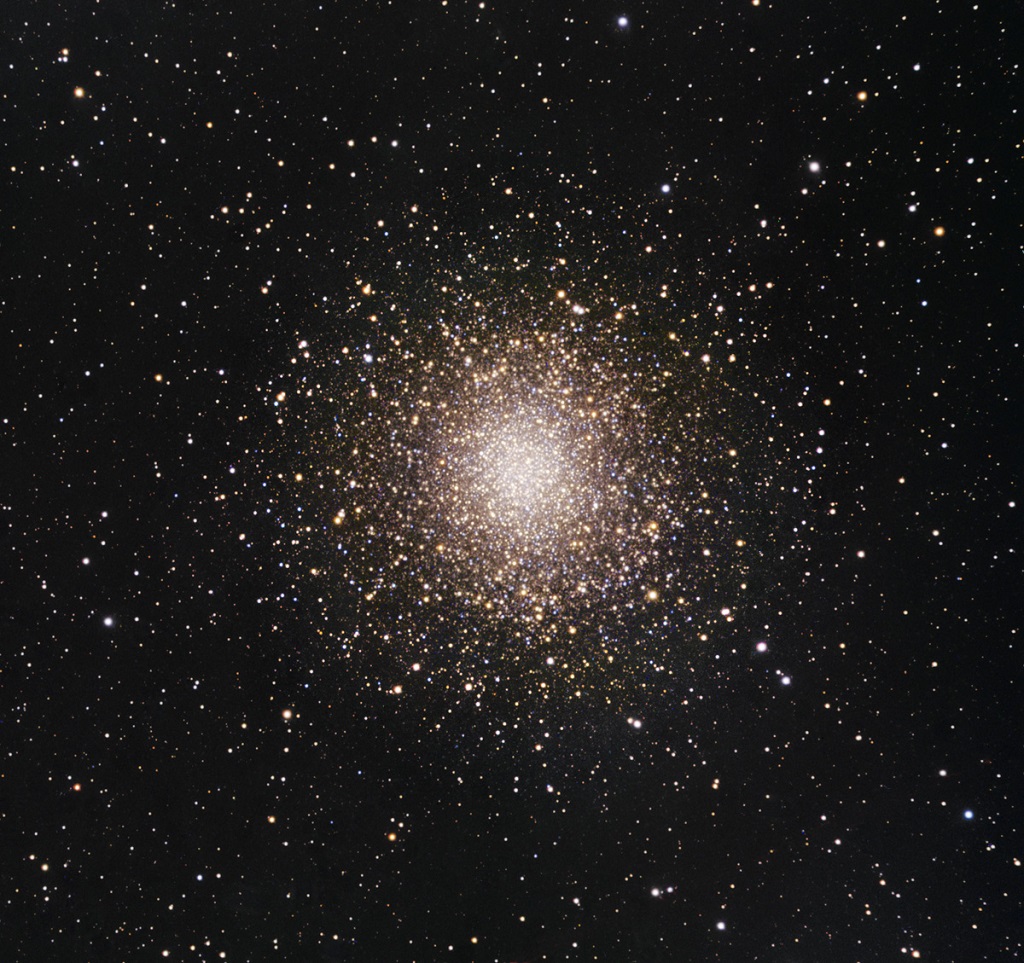 Messier 14 (also known as NGC 6402) is a slightly elliptical globular cluster of about 100 light-years across, located some 30,300 light-years away from Earth in the constellation of Ophiuchus (the Serpent-bearer). It is one of Charles Messier’s first discoveries (1764).

The cluster is fainting out quite rapidly at the edges from the bright, almost round central part. It contains several hundreds of thousands of stars and has a total luminosity of about 400,000 times that of our Sun, what makes it one of the brighter globular clusters. Messier 14 is rich in variable stars, with a respectable total of 70, including many of a subclass of Cepheids variable stars known as W Virginis variables.

Cepheids variable stars are very luminous variable stars with a strong direct relationship between their variable’s luminosity and pulsation period. That secures their status as important standard candles for establishing the Galactic and extragalactic distance scales. W Virginis variables are a subclass of Cepheids which exhibit pulsation periods between 10–20 days.

In 1997, a carbon star (a star with strong carbon lines in its spectrum) was discovered in Messier 14; this star has probably lost its outer layers in close encounters with other cluster members so that the carbon-enriched former core reaches up to the surface.

In 1938, a nova appeared although this was not discovered until photographic plates from that time were studied in 1964 by Amelia Wehlau of the University of Western Ontario. It is estimated that the nova reached a maximum brightness of magnitude +9.2, over five times brighter than the brightest ‘normal’ star in the cluster.

Because of its considerable distance and the resulting faintness of its stars, Messier 14 is not as easily resolvable as its two Ophiuchus globular cousins, M10 and M12. In smaller telescopes, it appears more like an elliptical galaxy. An 8-inch may just show a trace of resolution and some grainy texture, and only larger scopes can resolve at least its outer parts.