Messier 92, a globular cluster in Hercules 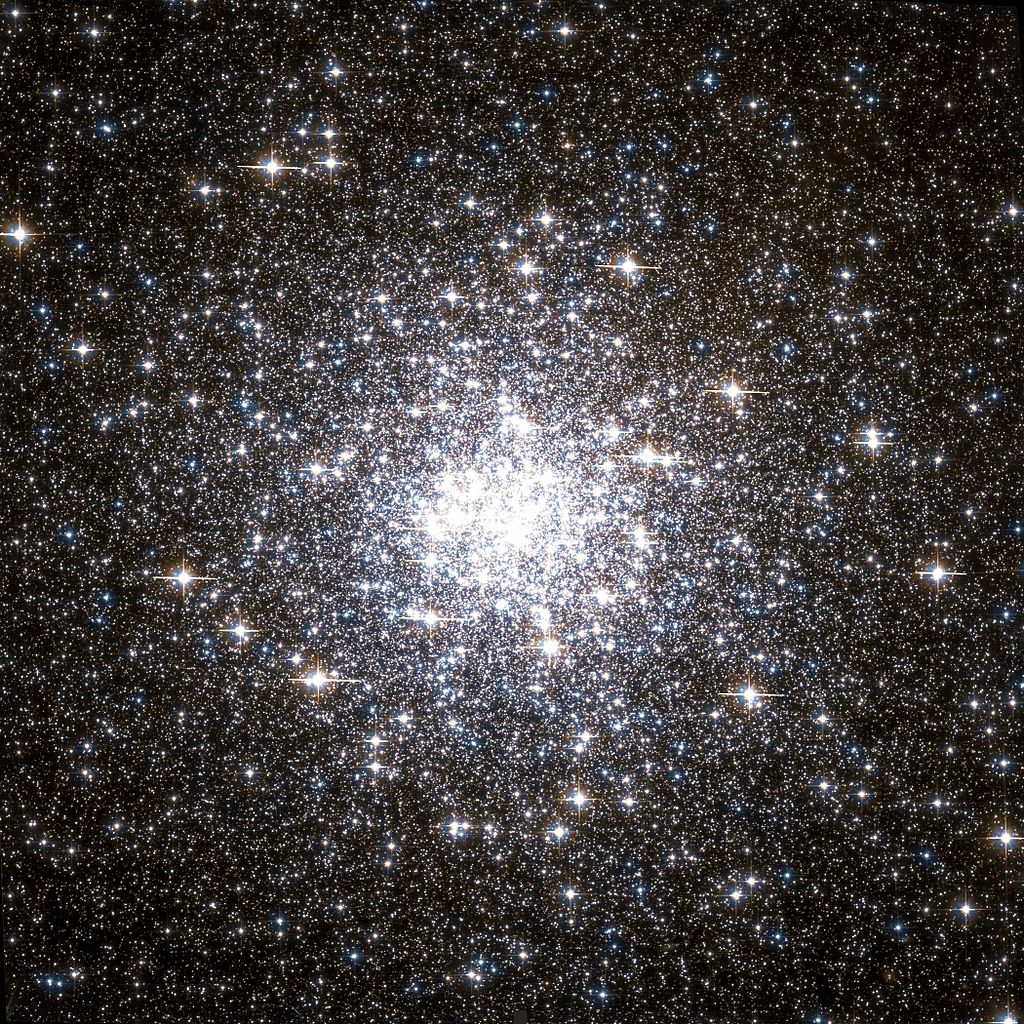 Its age is estimated at 14.2 ± 1.2 billion years(!!), or roughly the age of the Universe. Messier 92 is one of the oldest globulars known and one of the brightest globular clusters in the northern hemisphere. Messier 92 has a mass of roughly 330,000 times the mass of our Sun.

Characteristic of globular clusters, Messier 92 has a very low abundance of elements other than hydrogen and helium (its “metallicity”). Relative to the Sun, the abundance of iron in the cluster is only 0.5% of the solar abundance, hence it is estimated to have roughly the age of the Universe.

Messier 92 is visible to the naked eye under very good conditions, but it is often overlooked by amateur astronomers because of its proximity to the even more spectacular Messier 13.