HH 555, a Herbig-Haro object in the Pelican Nebula 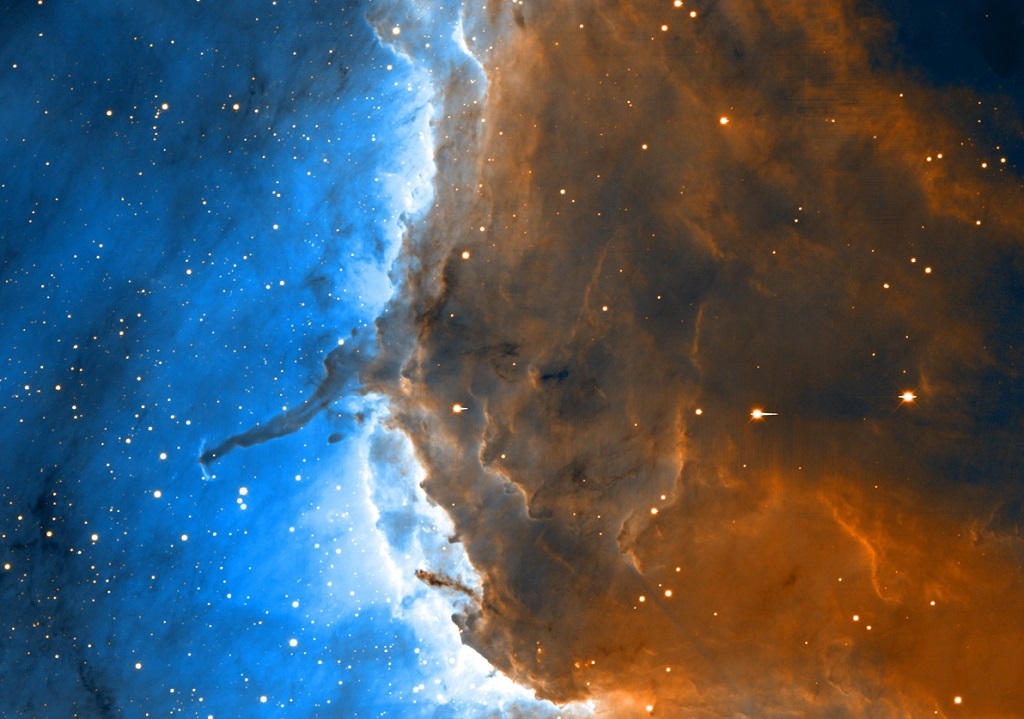 HH 555 is a Herbig-Haro object within the star-forming Pelican Nebula (IC 5070 and IC 5067), which lies about 1,800 light-years away from Earth, northeast of the bright star Deneb in the constellation of Cygnus (the Swan).

HH 555 is the clearest example of a Herbig-Haro object in the Pelican Nebula. In this image detail you can easily see the jet shooting out of the tip of a long, dense pillar of dusty material, indicating the presence of an unseen protostar.

The pillar is formed by the ultraviolet radiation of several massive stars located off the image. The radiation is eroding the surrounding molecular cloud; only some dense clumps of gas and dust, parts of the dense and cold molecular cloud, survive to produce such long dusty pillars. Herbig-Haro object 555 squirts out of the tip of one of these pillars.

This image was produced by NOAO Survey Program “Deep Imaging Survey of Nearby Star-Forming Clouds”, and was taken by the National Science Foundation’s Mayall 4-meter telescope at Kitt Peak National Observatory near Tucson, AZ. Narrow-band filters were used to isolate the red emission lines of hydrogen and singly-ionized sulfur. North is up and west is to the right in this image.