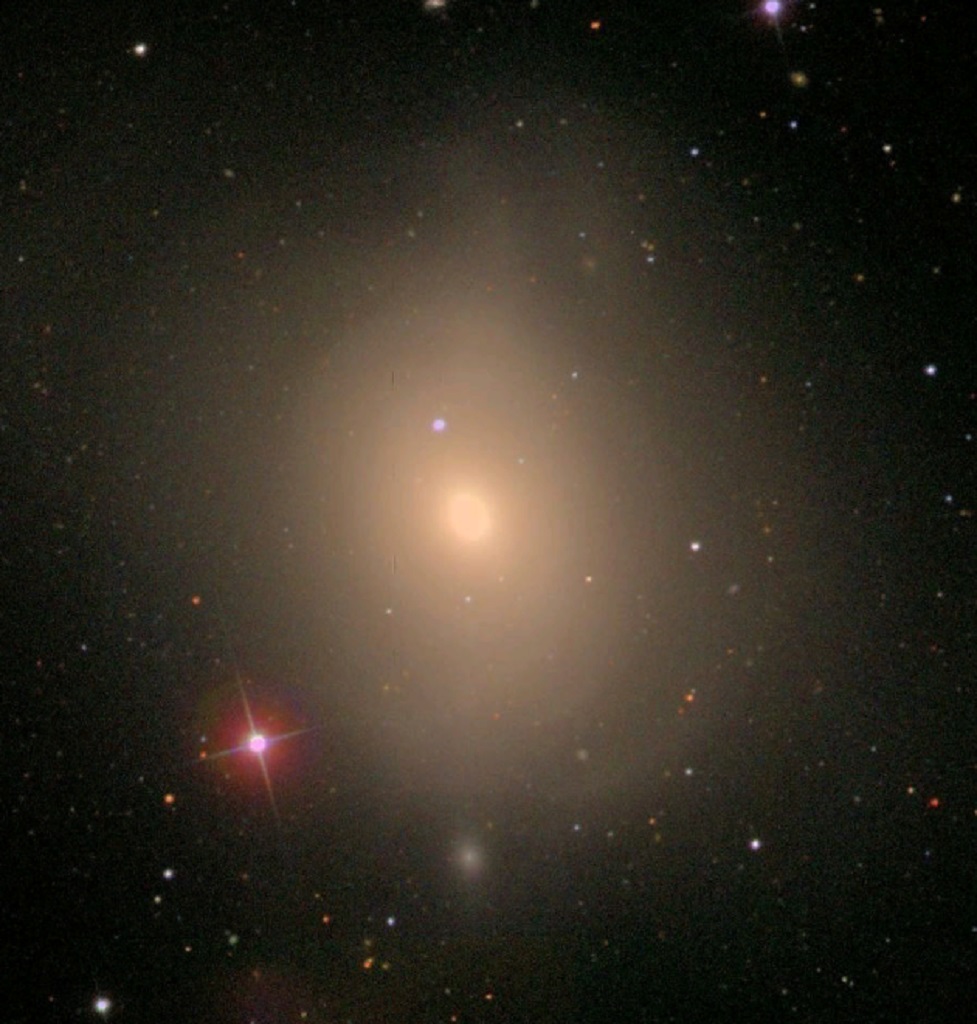 Messier 85 (also known as NGC 4382) is a bright, somewhat elongated lenticular galaxy of some 125,000 light-years across, located roughly 60 million light-years away in the constellation of Coma Berenices (Berenices Hair), while it is receding from us at about 729 kilometers per second.

It is the northernmost member of the Virgo Cluster – a cluster of approximately 1300 (and possibly up to 2000) galaxies – and is interacting with the nearby barred spiral galaxy NGC 4394 (they may form a physical pair) and a small elliptical galaxy called MCG 3-32-38.

Although classified as a lenticular S0 galaxy, and sometimes thought to be an elliptical galaxy, Messier 85 shows indications of a spiral structure. It has a very complex outer structure with shells and ripples that are thought to have been caused by a merger with another galaxy that took place between 4 and 7 billion years ago.

It is extremely poor in neutral hydrogen and seems to consist of an old yellow stellar population only. But, there is a relatively young (less than 3 billion years old) stellar population on its centermost region, some of it in a ring, that may have been created by a late starburst. In its center lies probably a supermassive black hole with a mass of 100 million solar masses.

A type Ia supernova (the violent explosion of a white dwarf star), called SN 1960R, was discovered in Messier 85 on December 20, 1960 and reached an apparent magnitude of 11.7. (The foreground star northeast of the core has repeatedly been mistaken for a supernova.)

On January 7 of 2006 the first confirmed luminous red nova (LRN), named M85 OT2006-1, took place on the outskirts of this galaxy. A luminous red nova (LRN) is a stellar explosion caused by the merger of two stars, and is characterized by a red color. It is far more luminous than standard novae (explosions that occur on the surface of white dwarf stars), but less luminous than a supernova.