NGC 1023, a lenticular galaxy in Perseus 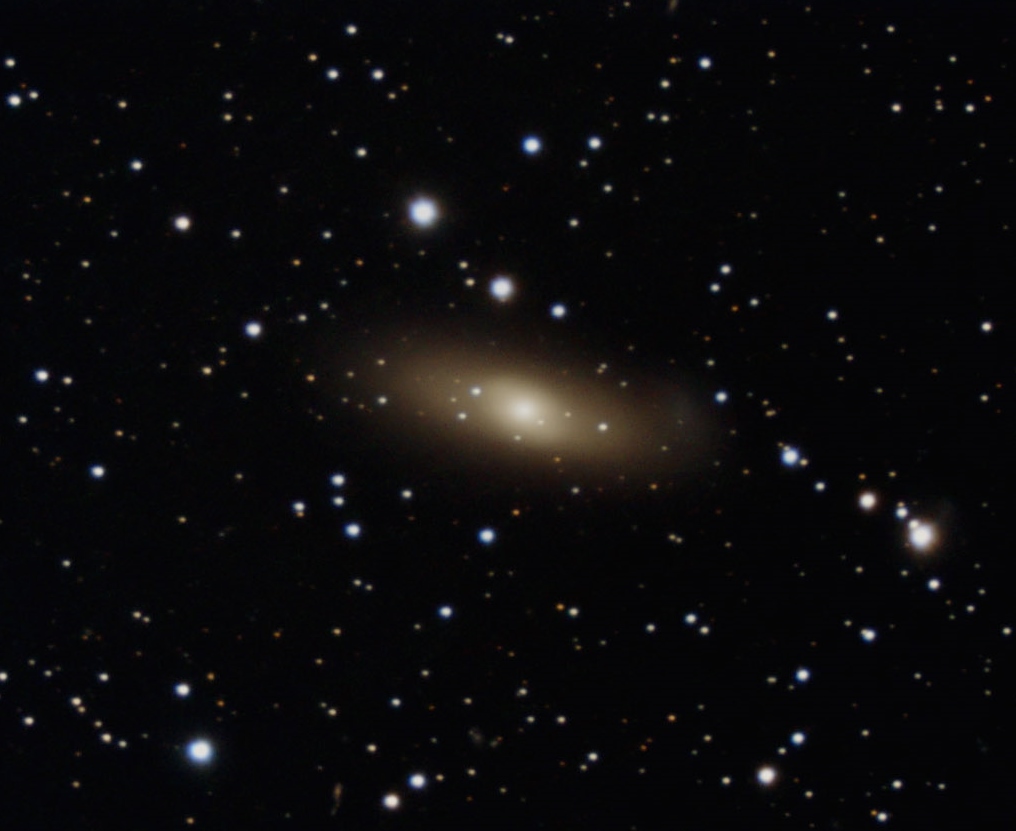 NGC 1023 (also known as Arp 135) is a barred lenticular galaxy of more than 50,000 light-years across, located roughly 34 million light-years away from Earth in the northern constellation of Perseus, while it is receding from us at about 637 kilometers per second. It is the brightest member of the NGC 1023 Group of galaxies in the Local Supercluster (or the Virgo Supercluster).

The galaxy is elongated in east west direction. It has a disk shape and a very bright central bulge of stars like our own Milky Way galaxy, but no spiral arms in the disk. The galaxy is surrounded by a fainter halo. In its center lies a supermassive black hole of a mass between 40 million and 60 million solar masses.

Some of the stars closest to this black hole form a small flattened disk, instead of whirling about in random directions like most of the other stars in the galaxy’s central bulge. Although several of these stars are moving as fast as 1.3 million miles (almost 2 million kilometers) per hour, they are still unable, even at this extreme speed, to escape from the powerful gravity of the supermassive black hole.

NGC 1023 has an almost unnoticeable low-surface brightness irregular companion on its eastern side, designated PGC 10139 (but usually called NGC 1023A because of its apparent connection with NGC 1023), leading to its designation as Arp 135.

The galaxy has three populations of globular clusters, including a relatively young population
that forms a ring-like structure that probably formed during a tidal encounter about one billion years ago. These young globular clusters are associated with the former spiral arms of NGC 1023, and should therefore follow the rotation of the disk of NGC 1023, which was probably disturbed during a past interaction that transformed NGC 1023 from a spiral into a lenticular galaxy.