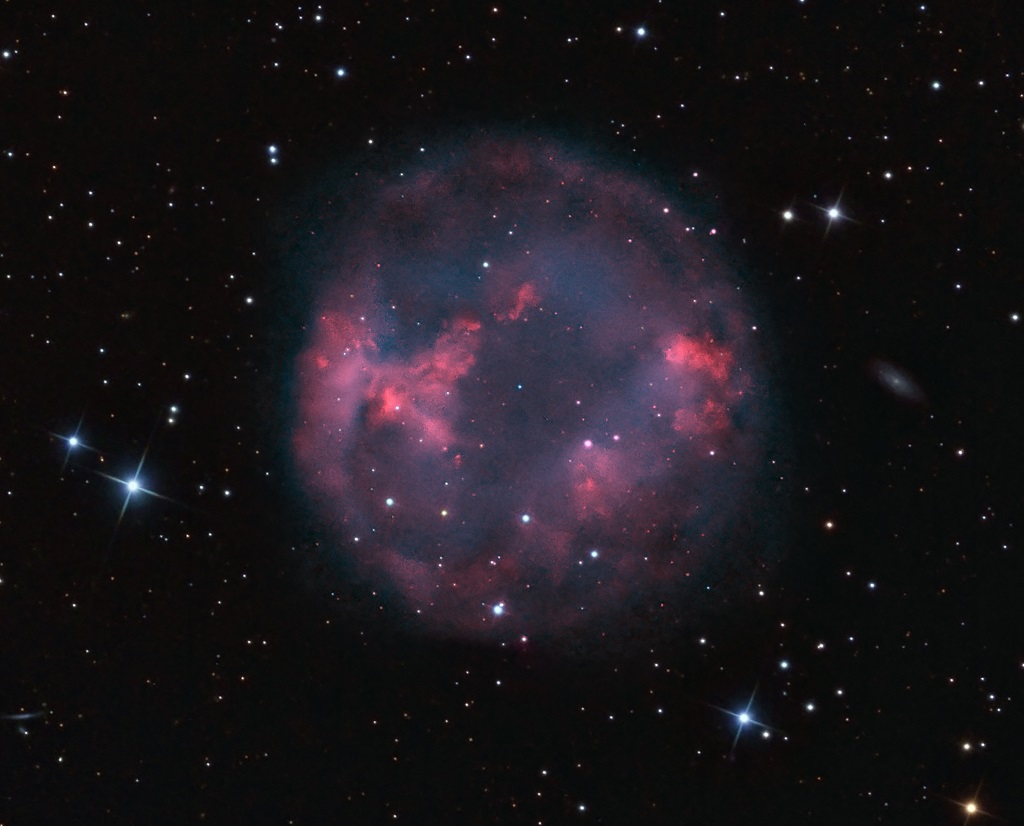 Abell 7 (also known as PNG 215.5-30.8 and PK 215-30.1) is a very faint and old planetary nebula of about 8 light-years across, located some 1,800 light-years away from Earth in the southern constellation of Lepus (the Hare), which is located immediately south of the constellation of Orion (the Hunter), and is sometimes represented as a hare being chased by Orion.

Most planetary nebulae last for only about 10,000 years, a very short period in the 10-billion-year lifespan of Sun-like stars. So, over the next several thousand years, Abell 7 will gradually disperse into space, and then the white dwarf will cool and fade away for billions of years. No longer emitting heat or light, the white dwarf will finally become a black dwarf. (However, at less than 14 billion years old, the Universe is still too young to have created any black dwarfs.) Our own Sun is expected to undergo a similar fate, but fortunately this will not occur until some 5 billion years from now.

Abell 7 has generally a spherical shape, with better defined edges at the east and west, and it has an amazingly complex structure. This very large planetary nebula is estimated to be 20,000 years old, while its central star – designated as WD 0500-156 – is a fading white dwarf of about 10 billion years old. Based upon a Hubble image, this star may be part of a binary pair, together with a red dwarf companion.

Emission from hydrogen and nitrogen is shown in reddish hues with oxygen emission mapped to a bluish-green color, giving Abell 7 a more natural appearance that would otherwise be much too faint. North is toward the upper right.