NGC 5307, a planetary nebula in Centaurus 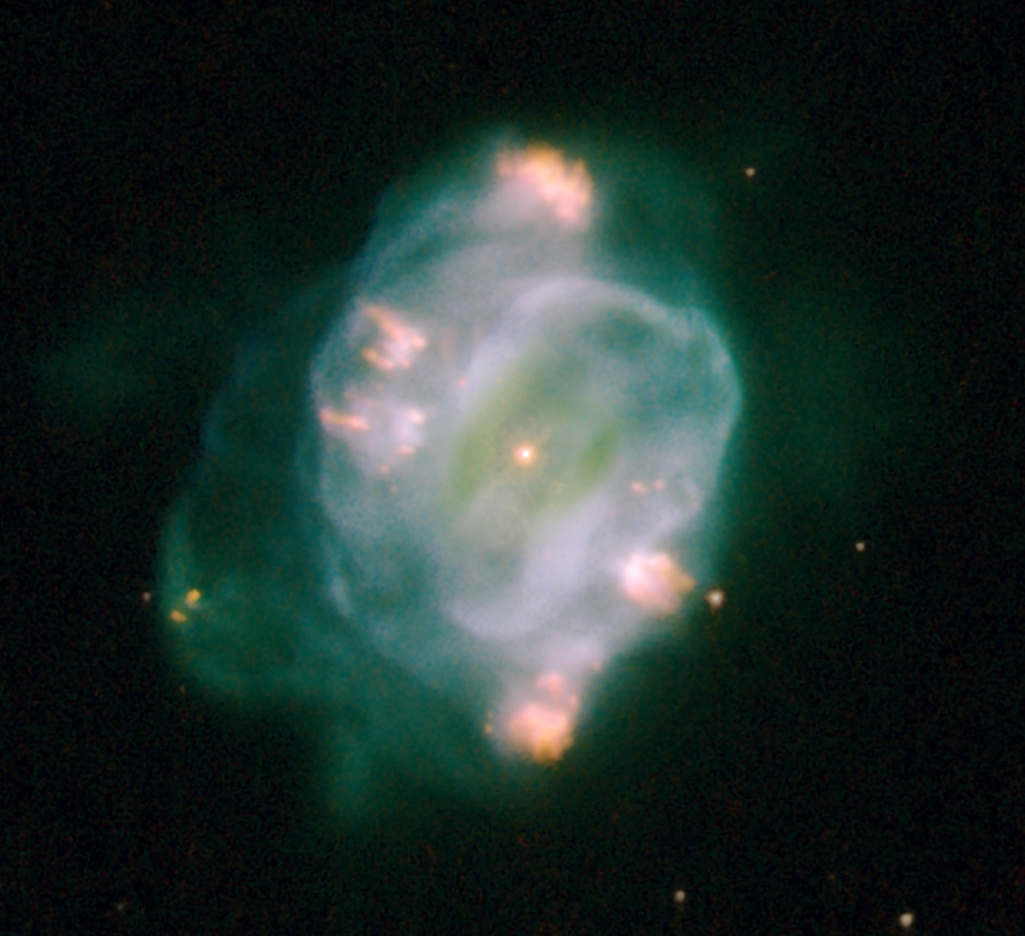 NGC 5307 is a planetary nebula of approximately 0.6 light-year across that lies within our Milky Way galaxy, somewhere between 7,000 and 10,000 light-years away from the Earth in the southern constellation of Centaurus (the Centaur). It is receding from us at some 68 kilometers per second, while it is expanding at some 15 kilometers per second.

Planetary nebulae represent the final brief stage in the life of a medium-sized star like our Sun. While consuming the last of the fuel in its core, the dying star expels a large portion of its outer envelope. This material then becomes heated by the radiation from the stellar remnant and radiates, producing expanding glowing clouds of gas that can show complex structures, as the ejection of mass from the star is uneven in both time and direction. They are called “planetary” nebulae because early observers thought they looked like planets; but they don’t have anything to do with planets at all.

Planetary nebulae last for only about 10,000 years, a very short period in the 10-billion-year lifespan of Sun-like stars. So, over the next several thousand years, NGC 5307 will gradually disperse into space, and then the white dwarf will cool and fade away for billions of years. No longer emitting heat or light, the white dwarf will finally become a black dwarf. (However, at less than 14 billion years old, the Universe is still too young to have created any black dwarfs.) Our own Sun is expected to undergo a similar fate, but fortunately this will not occur until some 5 billion years from now.

NGC 5307 is an example of a planetary nebula with a spiral structure which may have been caused by the dying star wobbling as it expelled jets of gas in different directions. It also shows a “point-symmetric” structure, what means that almost every blob has a counterpart on the opposite side of the central star. The entire mass of the nebula is estimated to be about 0.45 the mass of our Sun.

This image is taken in February 2007 with the Wide Field Planetary Camera 2 onboard the Hubble Space Telescope. The red, green, and blue colors represent light emitted by nitrogen, hydrogen, and oxygen, respectively.