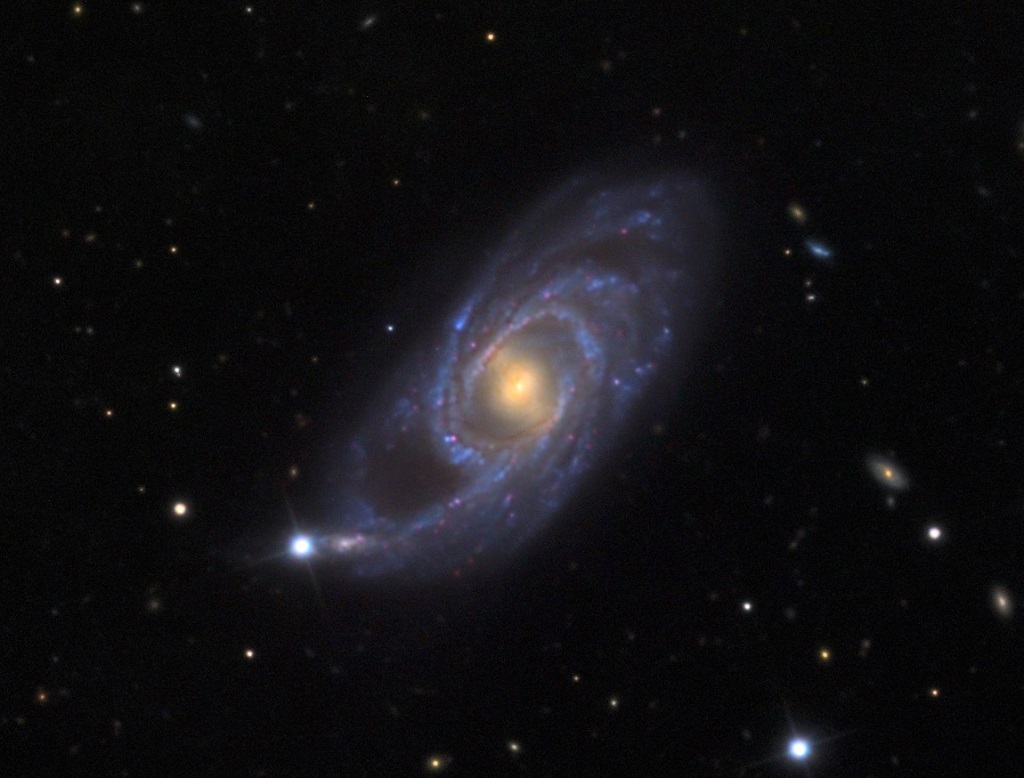 NGC 151 (also known as NGC 153) is a barred spiral galaxy of about 125 thousand light-years across, located some 160 million light-years away from Earth in the constellation of Cetus (the Whale). It is receding from us at approximately 3747 kilometers per second.

This galaxy has a very bright core and its blue spiral arms show many star-forming (HII) regions as well as several reddish dust lanes. Its asymmetric shape indicates that it is gravitational distorted, thus that is interacting with another galaxy. However, no interacting companion is known.

In July 2011 a young Type II supernova, called PTF11iqb, was discovered in NGC 151 with the Palomar Transient Factory (PTF) survey.