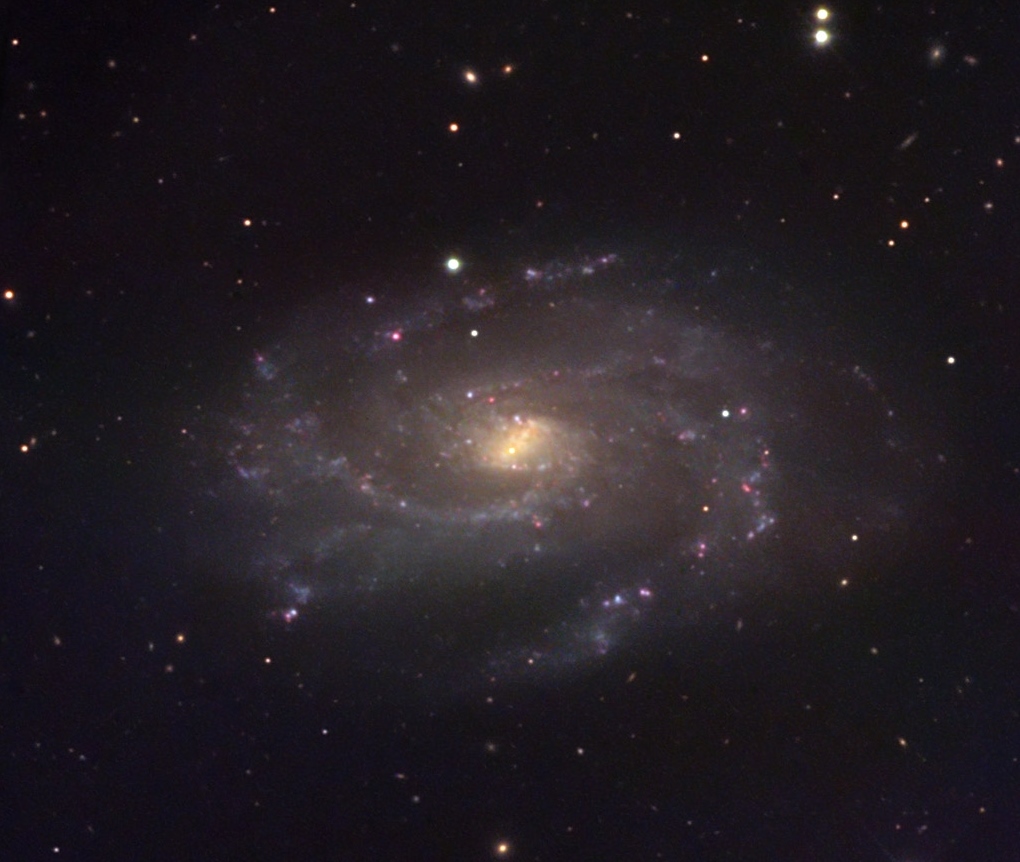 NGC 4145 is a barred spiral galaxy that measures roughly 80,000 x 55,000 light-years, located about 46 million light-years away from Earth in the northern constellation of Canes Venatici (the Hunting Dogs). It is receding from us at approximately 1009 kilometers per second.

It has already made most of its stars and has little star-forming activity. While the spiral arms of this galaxy are punctuated by some activity, the rest of the galaxy is quite quiet. Astronomers suggest that a galaxy like this will soon (in galactic terms) lose the impetus to form stars and settle down to become a lenticular galaxy.

If that is true, this may help maintain the star formation in NGC 4145. In fact close inspection of the nucleus of NGC 4145 seems to indicate that the tug of NGC 4151 has displaced it from its position in the center of NGC 4145.