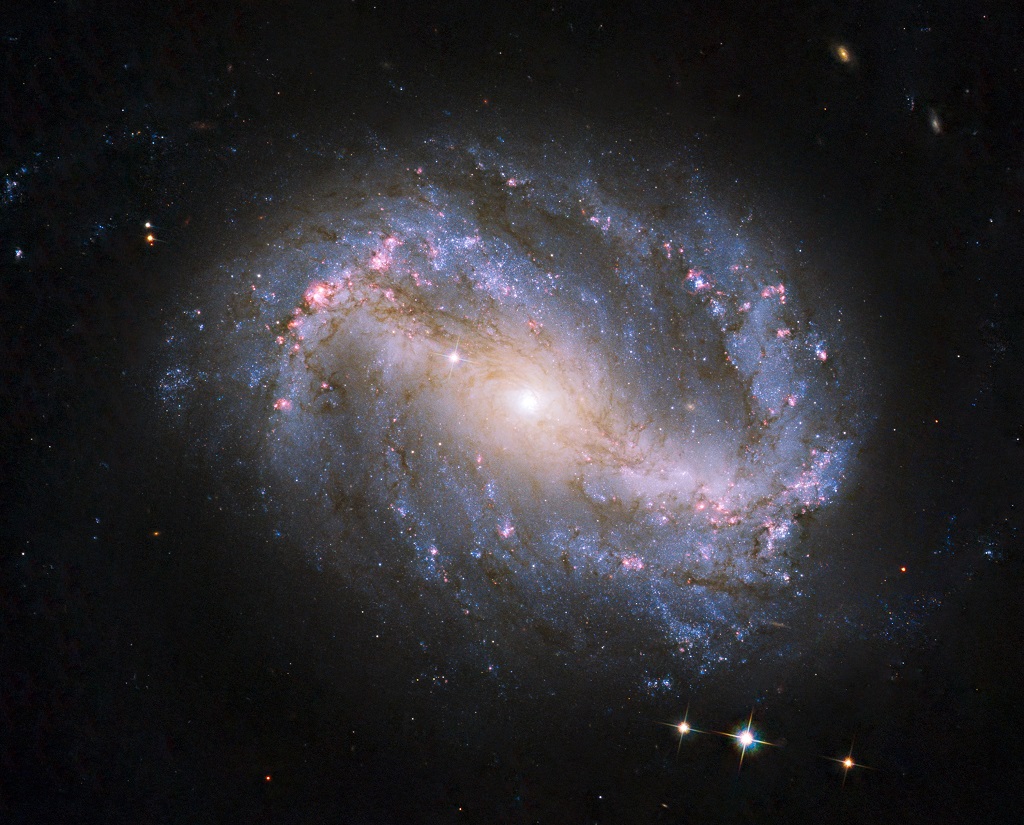 NGC 6217 (also known as Arp 185) is a barred spiral galaxy of only about a third the diameter of our Milky Way galaxy, located about 67.2 million light-years away from Earth in the northern constellation of Ursa Minor (the Little Bear). It is receding from us at approximately 1,362 kilometers per second.

The name “Arp 185” derives from being included in Arp’s Atlas of Peculiar Galaxies, a catalog of 338 peculiar galaxies, drawn up by Halton Arp in the years from 1962 through 1967 and published by the California Institute of Technology. Arp 185 is on the list of the “100 Brightest Arps”, which was sorted and created by Jim Shields.

It has been characterized as a starburst galaxy, which means it is undergoing a high rate of star formation compared to a typical galaxy. It is dominated by stars less than 10 million years old, giving the galaxy a blue hue.

This image is created with pictures taken on June 13 and July 8, 2009 with the Advanced Camera for Surveys aboard the Hubble Space Telescope.