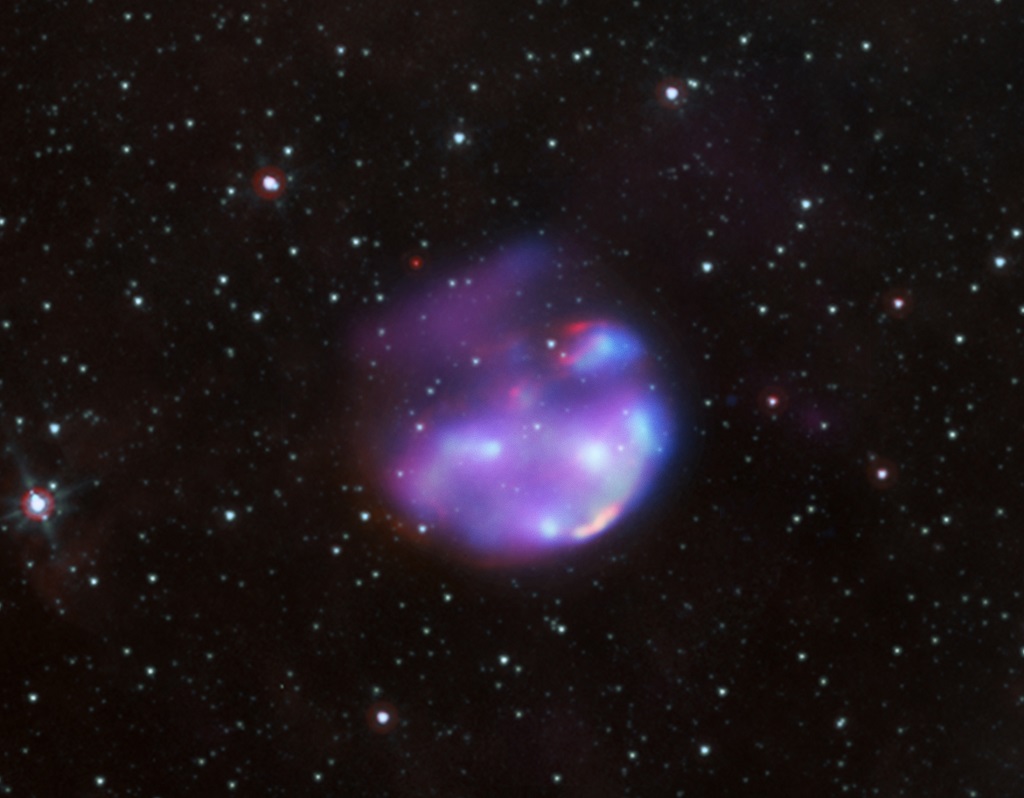 G306.3-0.9 (named after the coordinates of its sky position) is a faint supernova remnant of about 25 light-years across, located some 26,000 light-years from Earth in the southern constellation of Centaurus. The explosion’s shock wave is racing through space at about 2.4 million kilometers (1.5 million miles) per hour.

A supernova occurs when a star explodes in the final phase of its life. The explosion throws a large cloud of dust and hot gas into space surrounding the star. When this slams into the existing interstellar medium, it heats up so much it glows in X-rays. The exploding star can become billions of times as bright as the Sun before gradually fading from view. At its maximum brightness, the exploded star may outshine an entire galaxy.

Astronomers estimate that a supernova explosion occurs once or twice a century in the Milky Way. The expanding blast wave and hot stellar debris slowly dissipate over hundreds of thousands of years, eventually mixing with and becoming indistinguishable from interstellar gas.

G306.3-0.9 was discovered on Feb. 22, 2011, while Swift’s X-ray Telescope was performing an extensive X-ray survey of our galaxy’s central regions as part of the Swift Galactic Plane Survey, a project to image a two-degree-wide strip along the Milky Way’s central plane at X-ray and ultraviolet energies at the same time.

However, further investigations of the supernova remnant by Chandra have revealed the presence of iron, neon, silicon and sulfur at temperatures of about 30 million degrees Celsius (50 million F). This is a reminder, not only of the energies involved, but of the role supernovae play in seeding the galaxy with heavy elements produced in the hearts of massive stars.

Young supernova remnants give astronomers the best opportunity for understanding the nature of the original star and the details of its demise.