The Coma Cluster of Galaxies in Coma Berenices 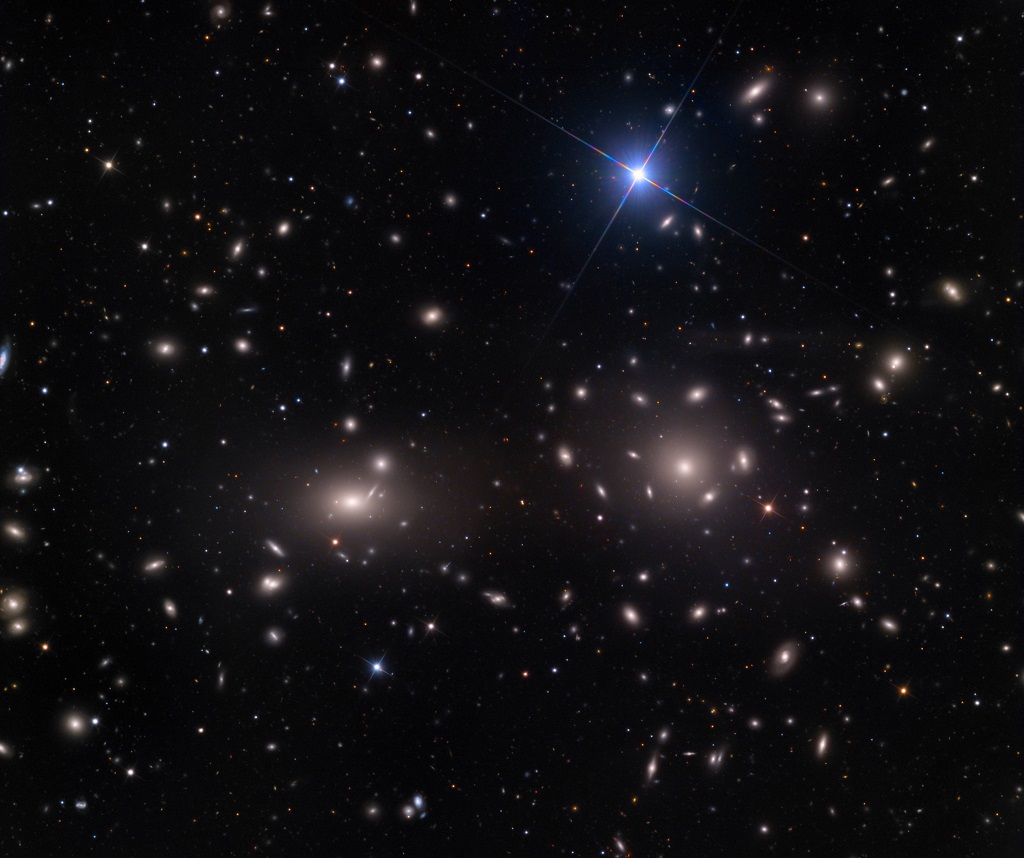 The Coma Cluster (also known as Abell 1656) is a large cluster of galaxies that contains over 1,000 identified galaxies in a region of about 2 million light-years across, located around 321 million light-years away from Earth in the constellation of Coma Berenices (Berenice’s Hair), while it is speeding away from us at roughly 7,000 kilometers (4,300 miles) per second.

The cluster is within a few degrees of the north galactic pole on the sky. Along with the Leo Cluster (Abell 1367) which contains about 100 galaxies, the Coma Cluster is one of the two galaxy clusters comprising the Coma Supercluster or Local Supercluster, the nearest massive cluster of galaxies to our own Virgo Supercluster.

The central region is dominated by two giant elliptical galaxies: NGC 4889 (over 250,000 light-years across) is the brightest galaxy within the Coma Cluster and is known for containing the largest known supermassive black hole, and NGC 4874 (about ten times larger than the Milky Way). In this image, NGC 4889 is the bright galaxy to the left, with NGC 4874 at the right. The bright star on the upper right is HD 112887, a foreground star which lies at less than a millionth of the distance to the Coma Cluster.

The Coma Cluster is one of the first places where observed gravitational anomalies were considered to be indicative of unobserved mass. In 1933 Fritz Zwicky showed that the galaxies of the Coma Cluster were moving too fast for the cluster to be bound together by the visible matter of its galaxies, though the idea of dark matter would not be accepted for another fifty years. About 90% of the mass of the Coma cluster is currently believed to be dark matter.

A strong X-ray source was observed close to the center of the Coma cluster and this source was suggested be designated Coma X-1. As the source is extended, a single galaxy is not likely to be responsible for the emission. Until now, it is unknown what is.

This image was taken in February 2012 with a SBIG STX16803 CCD Camera on the 32-inch Schulman Telescope (RCOS) at the Mount Lemmon SkyCenter.