News by Subject » Anne’s Image of the Day: The Galactic Ghoul

The Galactic Ghoul, a spooky cloud in Cygnus 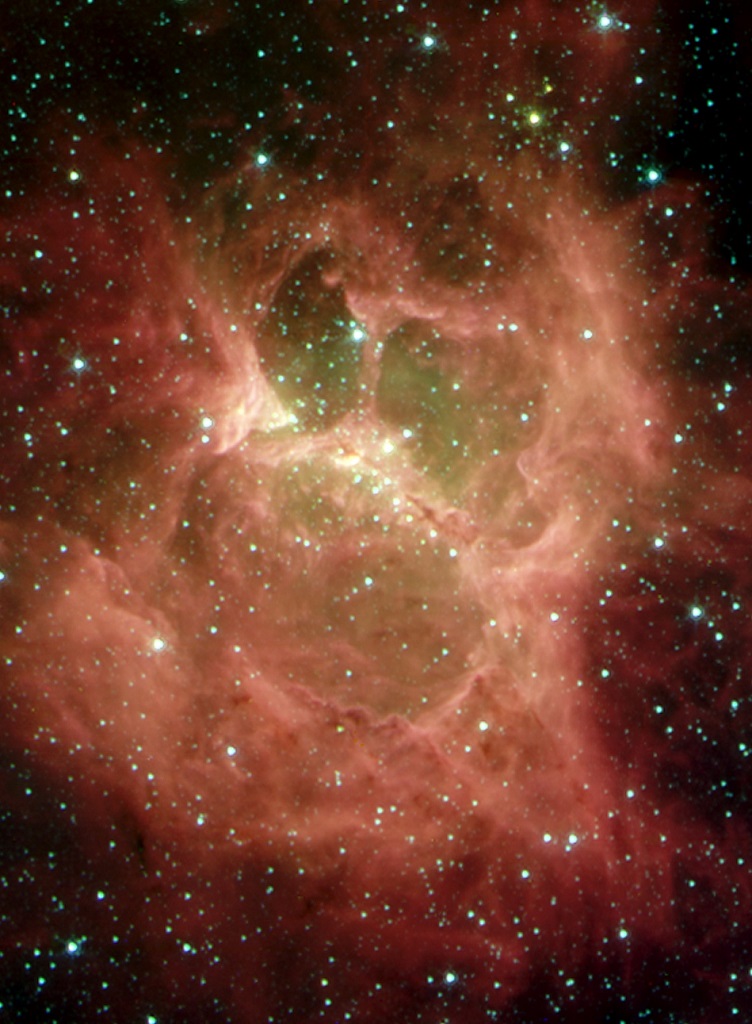 The Galactic Ghoul (designated DR 6) is a star-forming cloud of gas and dust that is home to a young open star cluster, located some 3,900 light-years away in the northern constellation of Cygnus (the Swan).

The DR 6 nebula is nicknamed the “Galactic Ghoul” because of its resemblance to a ghoul; astronomers have described it as “some sort of freakish space face,” emphasizing the cavities in the cloud that look like hollow eyes and a screaming mouth. The complex process of star formation creates nebulas of many shapes and sizes — it is human perception that identifies the skull shape.

The central bar (or “nose”) of the nebula is roughly 3.5 light-years long – about the same distance from our Sun to its nearest neighbor, Alpha Centauri – and contains the cluster of about 10 massive newborn stars, ranging in size from 10 to 20 times the mass of our Sun.

The large cavities are the result of the strong stellar winds and energetic light emanating from the bright young stars in the nebula’s central “nose”. The green material remaining in the eyes and mouth is comprised of gas, while the red regions and tendrils beyond make up the dusty cloud that originally gave birth to the young stars.

This image in four infrared colors is taken in 2003 by the Spitzer Space Telescope.