The Pelican Nebula, an emission nebula in Cygnus 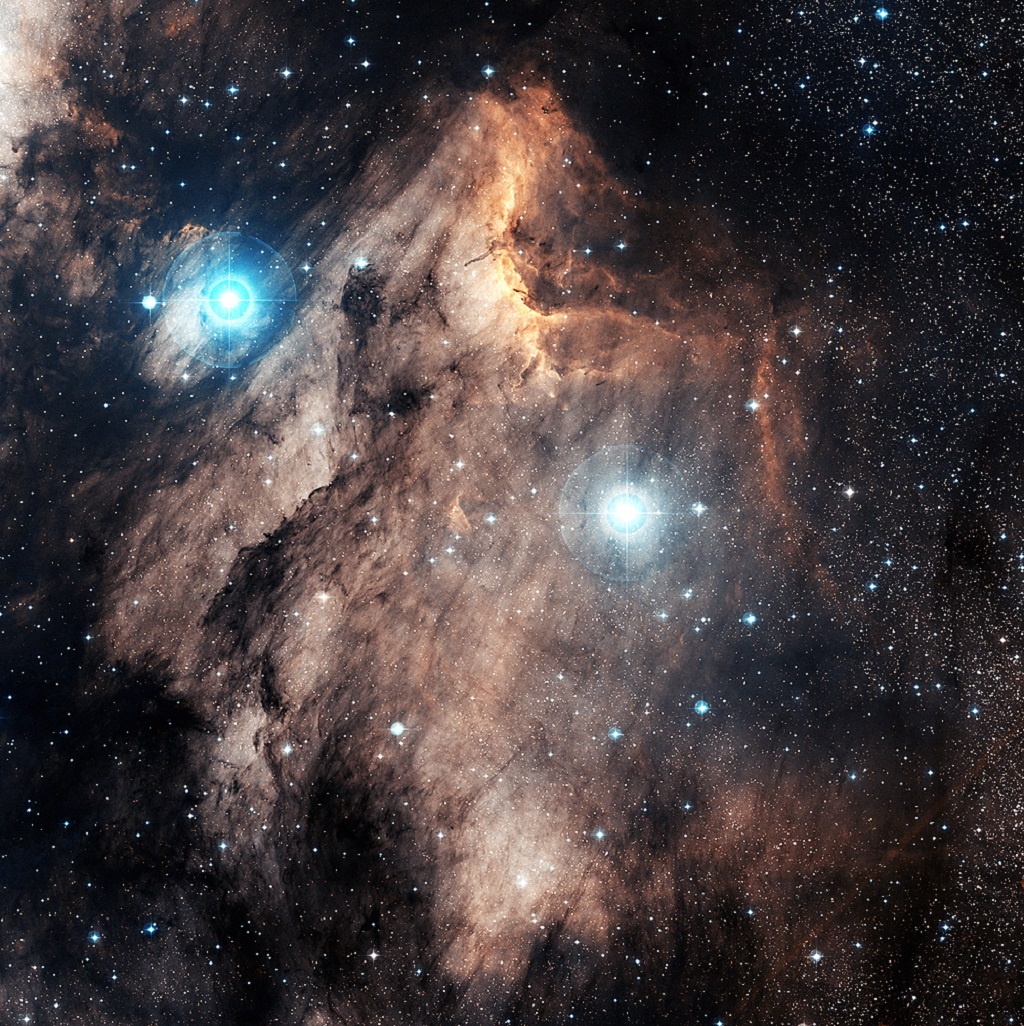 The Pelican Nebula (also known as IC 5070 & IC 5067) is an emission nebula, a star-forming region (H II region) of roughly 30 light-years across, located about 1,800 light-years from Earth, northeast of the bright star Deneb in the constellation of Cygnus (the Swan). It bears a resemblance to a pelican, hence its name.

This cosmic pelican is just off the east “coast” of its more prominent neighbor, the North America Nebula (NGC 7000), and is divided from it by a thin molecular cloud filled with dark dust, known as L935. Both, the Pelican Nebula and North American nebula are part of a massive H II emission region designated as W80.

Actually, the entire nebula is designated as IC 5070, whereas a smaller region within the nebula, has the same name but a different designation, namely IC 5067. That is the prominent ridge of emission in this image, which spans about 10 light-years. It follows the curve of the pelican’s head and neck.

Matter inside this stellar nursery is constantly getting pulled together under the influence of gravity until it gets dense and hot enough for stars to form. The dark clouds of cool gas and dust are sculpted by energetic radiation from these young, hot, massive stars. Stars are also forming within the dark shapes. A bipolar jet of gas and matter at the tip of the elephant trunk a little under the top of the nebula, called Herbig-Haro object 555 (HH 555), indicates the presence of a hidden protostar.

The Pelican is much studied because it has a particularly active mix of star formation and evolving gas clouds. The light from young energetic stars is slowly transforming cold gas to hot and causing an ionization front gradually to advance outward. Particularly dense filaments of cold gas are seen to still remain, like HH 555.

Millions of years from now, as the balance and placement of stars and gas will leave something that appears completely different, this nebula might no longer be known as the Pelican.