The Snake Nebula, a dark nebula in Ophiuchus 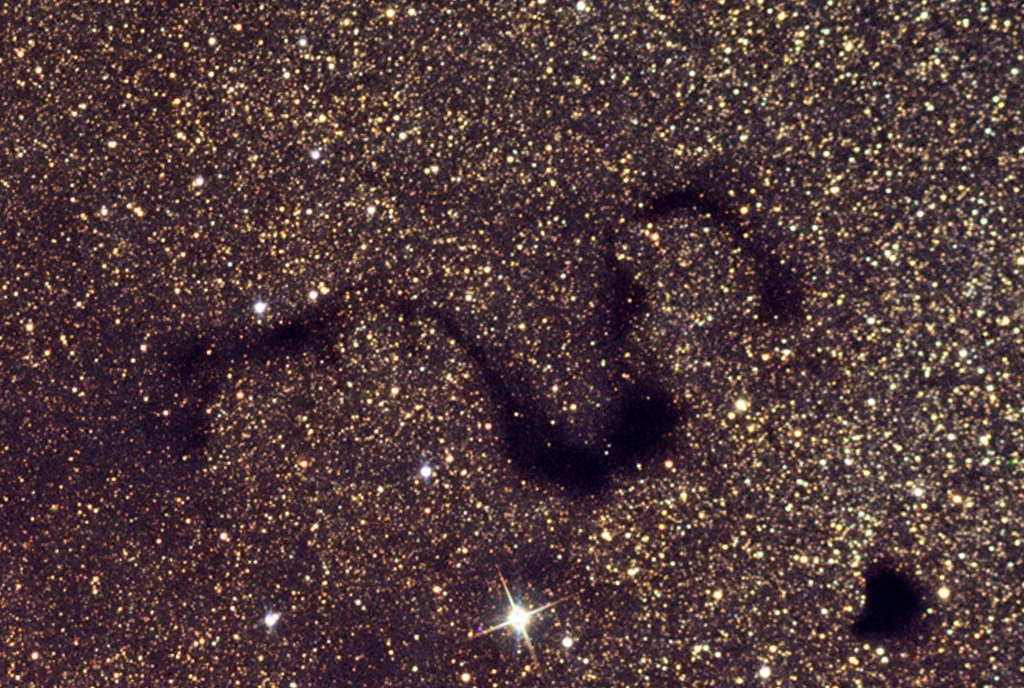 The Snake Nebula (also known as Barnard 72 or Barnard’s Dark S Nebula) is a dark nebula of about 5 light-years across, located some 650 light-years away from Earth in the constellation of Ophiuchus (the Serpent Bearer), 1.5° north-northeast of Theta Ophiuchi. It is part of the much larger Dark Horse Nebula.

Barnard 72 (B72) is one of the 182 dark nebulae cataloged in the early 20th century by the American astronomer Edward Emerson Barnard.

Unlike bright emission nebulae and star clusters, Barnard’s nebulae are interstellar dark clouds of obscuring gas and dust. Their shapes are visible in cosmic silhouette only because they lie in the foreground along the line of sight to rich star fields and glowing stellar nurseries near the plane of our Galaxy. Many of Barnard’s dark nebulae are themselves likely sites of future star formation.

The Snake Nebula is a small S-shaped dust lane that snakes out in front of the Milky Way star clouds from the north-north-west edge of the bowl of the Pipe Nebula (the name for the rump and hind legs of the Dark Horse Nebula).

The very dark spot to the lower right of the Snake is Barnard 68 (the Ink Spot), also one of Barnard’s dark nebulae.