The WR 134 Ring Nebula in Cygnus 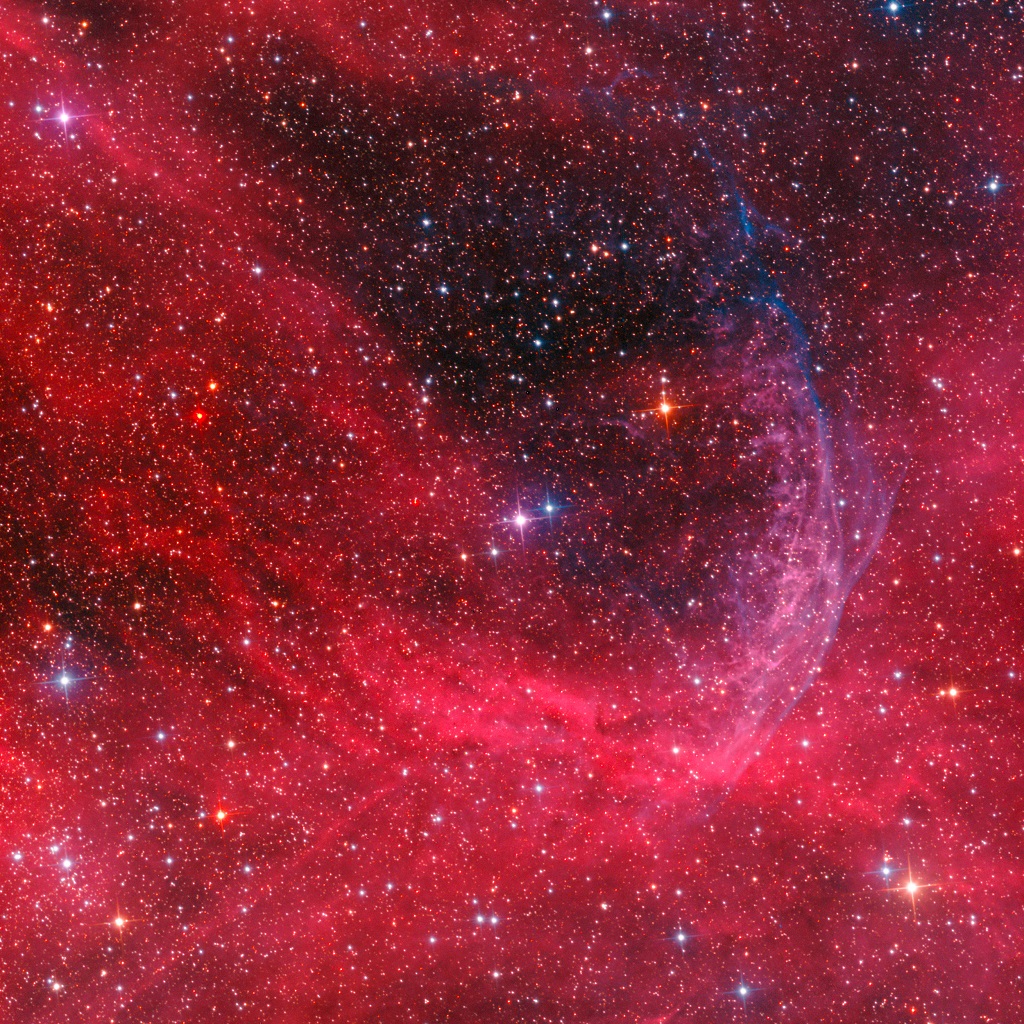 The WR 134 Ring Nebula is a ring-like nebula of gas and dust of more than 50 light-years across, located about 6,000 light-years away from Earth in the northern constellation of Cygnus (the Swan).

This image highlights the bright edge of the ring-like nebula traced by the glow of ionized hydrogen and oxygen gas. Embedded in the region’s interstellar clouds of gas and dust, the complex, glowing arcs are sections of bubbles or shells of material are swept up by the wind from the Wolf-Rayet star WR 134 (also known as HD 191765 and V1769 Cygni), the brightest star near the center of the frame.

Wolf-Rayet (WR) stars are extremely rare (only about 300 are known presently) and short-lived super-hot blue giant stars which start their lives with dozens of times the mass of our Sun, but rapidly loose most of it through a powerful stellar wind, with speeds of millions of kilometers per hour. They are also highly luminous, from tens of thousands to several million times the luminosity of the Sun, although not exceptionally bright visually since most of their output is in far ultraviolet and even soft X-rays.

Shedding their outer envelopes in powerful stellar winds, massive Wolf-Rayet stars have burned through their nuclear fuel at a prodigious rate and end this final phase of massive star evolution in a spectacular supernova explosion. The stellar winds and final supernovae enrich the interstellar material with heavy elements to be incorporated in future generations of stars.

Made with narrow and broad band filters, this image is taken June 12 – June 17, 2012. North is toward the upper right.