NGC 411, an open star cluster in the SMC 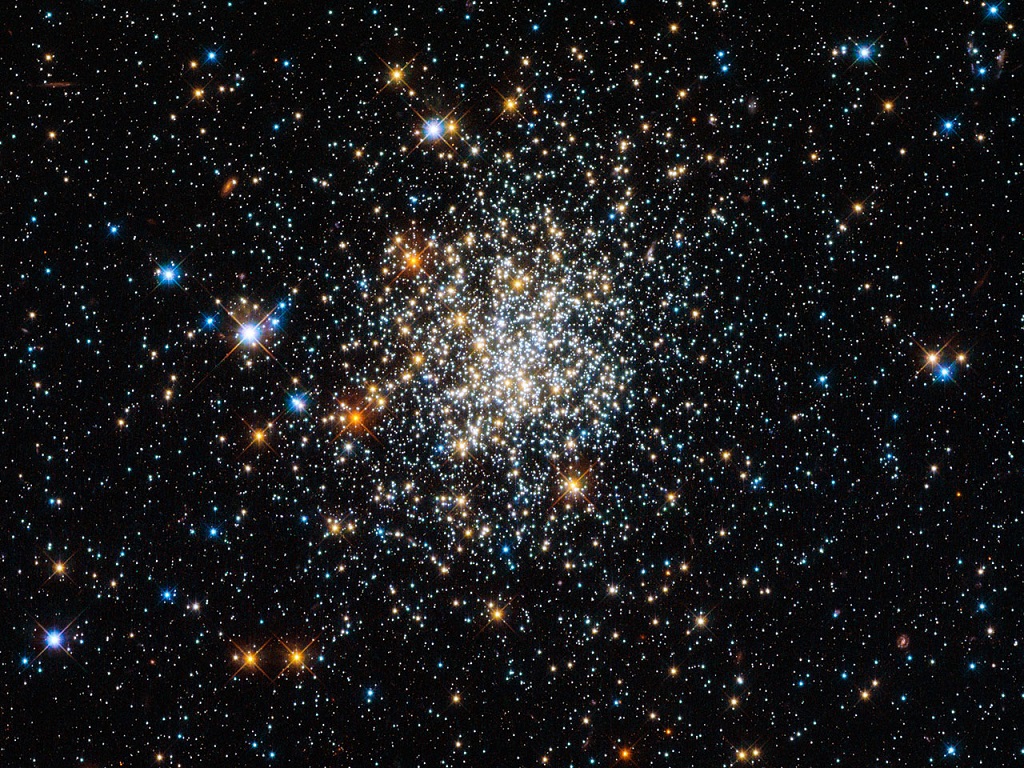 NGC 411 is a small open star cluster of about 1.5 billion years old in the Small Magellanic Cloud (SMC), a dwarf companion galaxy to our Milky Way, which is located some 200,000 light-years away from Earth in the southern constellation of Tucana (the Toucan), and which is receding from our Galaxy at approximately 158 kilometers per second.

Discovered in 1826 by the Scottish astronomer James Dunlop, NGC 411 looks very much like a globular cluster, a roughly spherical collection of thousands to millions of extremely old stars (over ten billion years), which are strongly gravitationally bound to each other. Around 150 of them are scattered around our Galaxy.

And yet appearances can be deceptive: NGC 411 is not a globular cluster, and its stars are not old. It isn’t even in the Milky Way. NGC 411 is classified as an open cluster. Open clusters have fewer stars and are less tightly bound than a globular cluster. The stars in open clusters tend to drift apart over time as they age and leave the group (as our Sun probably did too roughly 5 billion years ago), whereas globulars have survived for well over 10 billion years of galactic history.

NGC 411 is a relative youngster — not much more than a tenth of this age. Far from being a relic of the early years of the Universe, the stars in NGC 411 are in fact a fraction of the age of the Sun.

The stars in NGC 411 are all roughly the same age, having formed in one go from one cloud of gas. But they are not all the same size. Hubble’s image shows a wide range of colors and brightnesses in the cluster’s stars. These tell astronomers many facts about the stars, including their mass, temperature and evolutionary phase. Blue stars, for instance, have higher surface temperatures than red ones.

The image is a composite produced from ultraviolet, visible and infrared observations made by Hubble’s Wide Field Camera 3. This filter set lets the telescope “see” colors slightly further beyond red and the violet ends of the spectrum.