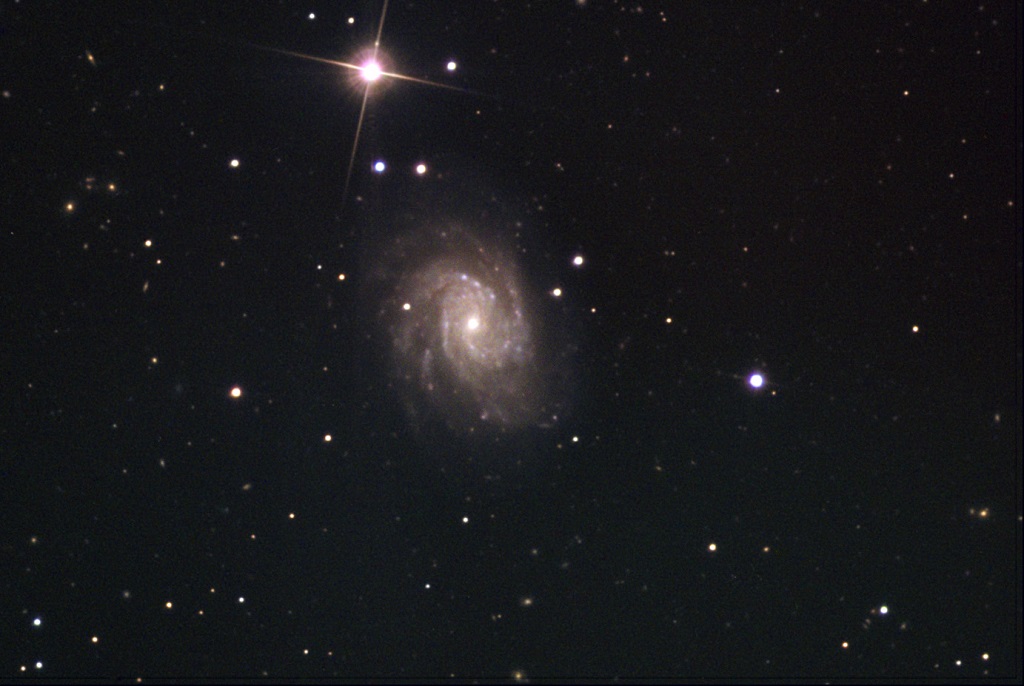 NGC 514 is an intermediate spiral galaxy, located about 95.9 million light-years away from Earth in the constellation of Pisces (the Fishes), while it is receding from us at approximately 2,472 kilometers per second. It was discovered on October 16, 1784 by the German-British astronomer William Herschel.

This almost face-on galaxy has loosely wound spiral arms and a very bright center. It has a so called H II nucleus, meaning that NGC 514 has intense current bursts of star formation in its center.

This image is taken with a 20in RC Optical Systems telescope Operating at f/8.1
Paramount ME Robotic Telescope Mount
SBIG ST10XME CCD camera with color filter wheel
LRGB color production was used to create this image.

• Very poor seeing conditions made the color balance of this image difficult to attain.
• Two iterations of L-R deconvolution (sharpening) algorithm using CCDsharp were applied to the luminance image.
• Digital Development (DDP) via Maxim/DL was also used in order to display the very dim and very bright details of the image simultaneously.