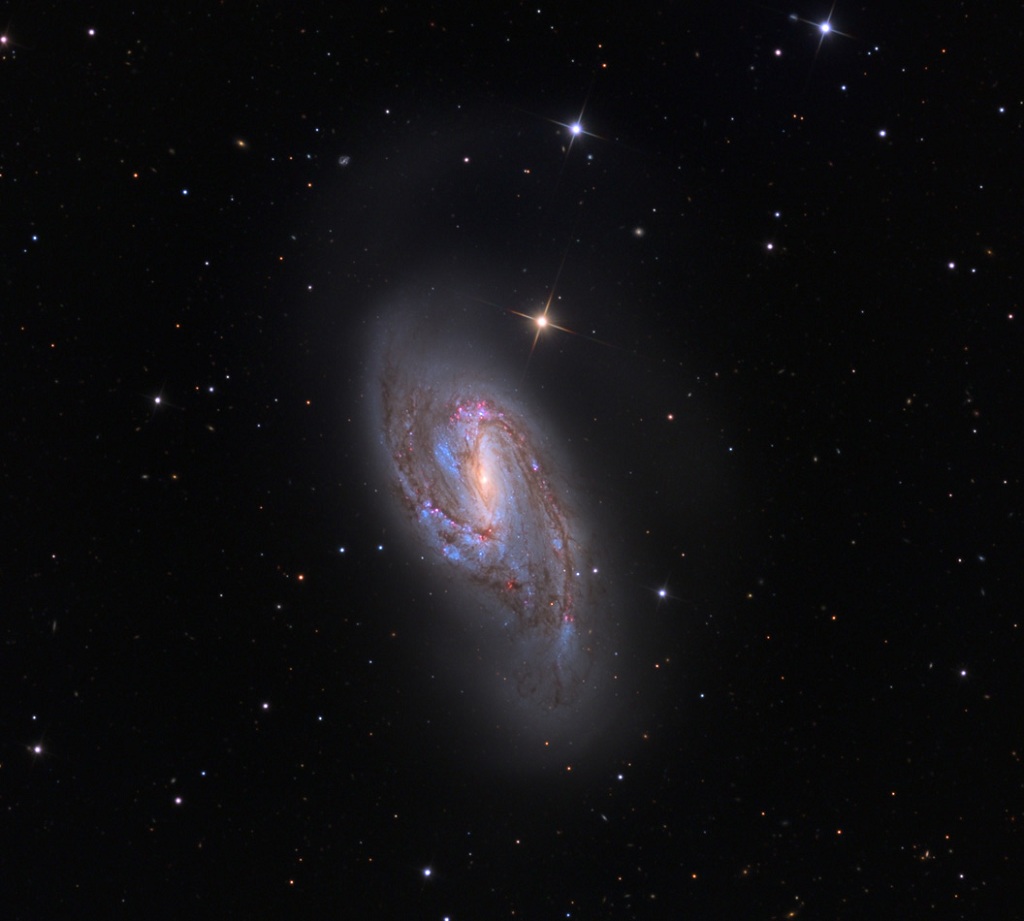 Messier 66 (also known as NGC 3627 and Arp 16) is an intermediate spiral galaxy of some 95,000 light-years across. The galaxy is about 36 million light-years away in the constellation of Leo, and is moving away from us at 727 kilometers per second. It is the largest member of the famous Leo Triplet, a group of three interacting galaxies that include Messier 65 and NGC 3628.

Messier 66 has a well developed but not well defined central bulge. Its core and bar-like structure illustrates a concentration of older stars, and while the bar seems devoid of star formation, the bar ends are actively forming stars.

The prominent and unusual asymmetric spiral arms, laced with striking dust lanes and bright star clusters, are somewhat distorted. They seem to climb above the galaxy’s main disc and an apparently displaced nucleus.

This asymmetry is unusual; most often, dense waves of gas, dust and newly born stars wind about the galaxy’s centre in a symmetric way. Astronomers believe that Messier 66′s once orderly shape has most likely been distorted by the gravitational pull of its two neighbours.

Messier 66 is number 16 in Arp’s Atlas of Peculiar Galaxies, a catalogue of 338 peculiar galaxies produced by Halton Arp in 1966. Moreover, Arp assigned the number 317 to the Leo Triplett.