News by Subject » Anne's Image of the Day » Anne’s Picture of the Day: Cosmic Bubble Sharpless 308 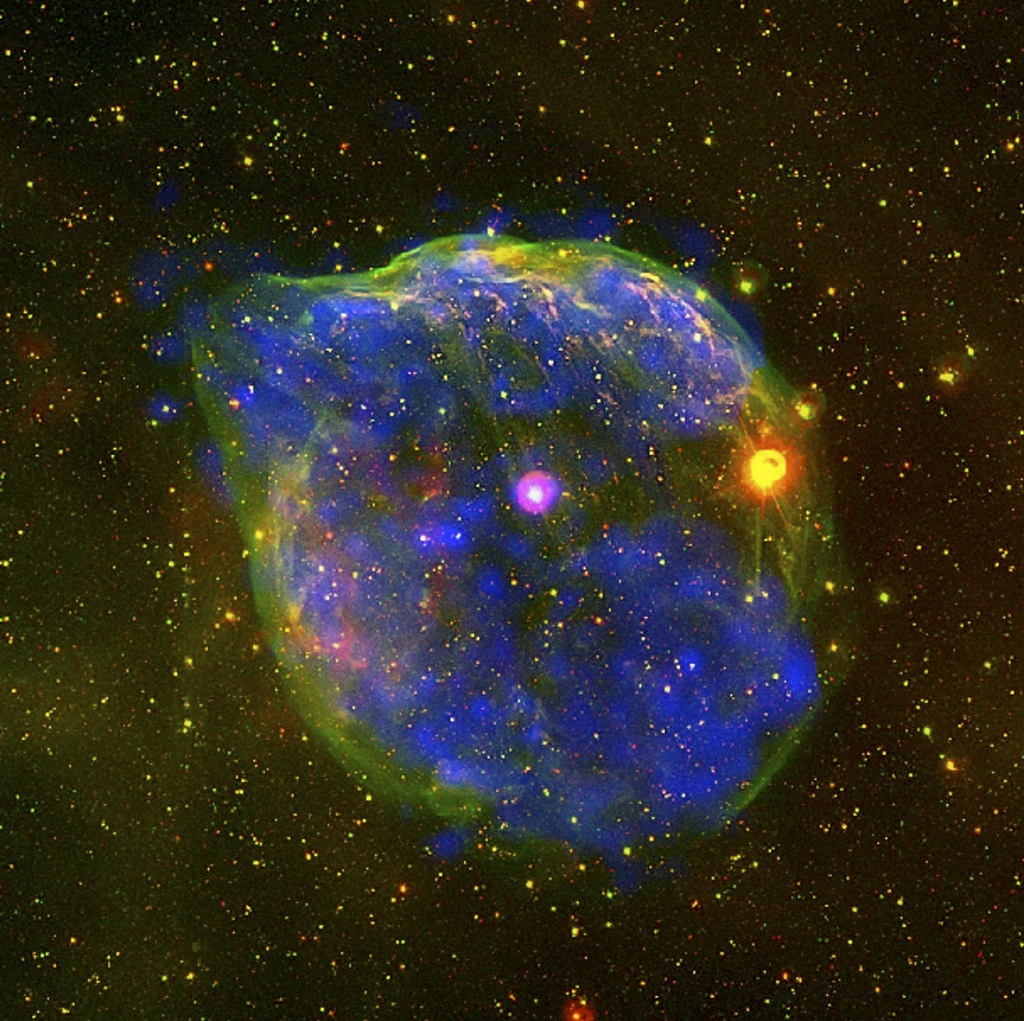 Sharpless 308 (also known as Sh2-308 or S 308) is a cosmic bubble of nearly 60 light-years across, blown by the fierce winds of the huge Wolf-Rayet star HD 50896 (also known as EZ Canis Majoris) – the pink star near the centre of the image. The windblown nebula has an age of about 70,000 years and is located some 5,200 light-years from Earth in the constellation of Canis Major, the Greater Dog.

Wolf-Rayet (WR) stars are extremely rare and short-lived super-hot stars which start their lives with dozens of times the mass of our Sun, but rapidly loose most of it through a powerful stellar wind, with speeds up to 2000 km/s. They are also highly luminous, from tens of thousands to several million times the luminosity of the Sun, although not exceptionally bright visually since most of their output is in far ultraviolet and, in the case of Sharpless 308, even in X-rays. Often occurring in binary systems, WR stars are candidates for being progenitors of long-duration Gamma Ray Bursts.

Sharpless 308 has been said to resemble a dog, with a protruding “ear” (upper left), and a “snout” below a pair of piercing “eyes” that includes the pink WR star and its yellow counterpart.

Sharpless 308 is one of only two known Wolf-Rayet bubbles that emits X-rays. The green halo marks the end of the shock wave that the star is blowing out into space, while the blues and reds that round out the bubble are the result of powerful solar winds colliding with surrounding material in the region.

Like any good bubble, this one will eventually burst. Sharpless 308 will disperse its stellar material into the surrounding space within a few million years, to explode as a supernova.

In this composite image, X-ray data from ESA’s XMM-Newton’s EPIC camera appear as blue, while visible light from the Curtis-Schmidt telescope at the Cerro Tololo Inter-American Observatory is tinted red and green.