News by Subject » Anne's Image of the Day » Anne’s Picture of the Day: Emission Nebula IC 410

IC 410, a nebula with tadpoles 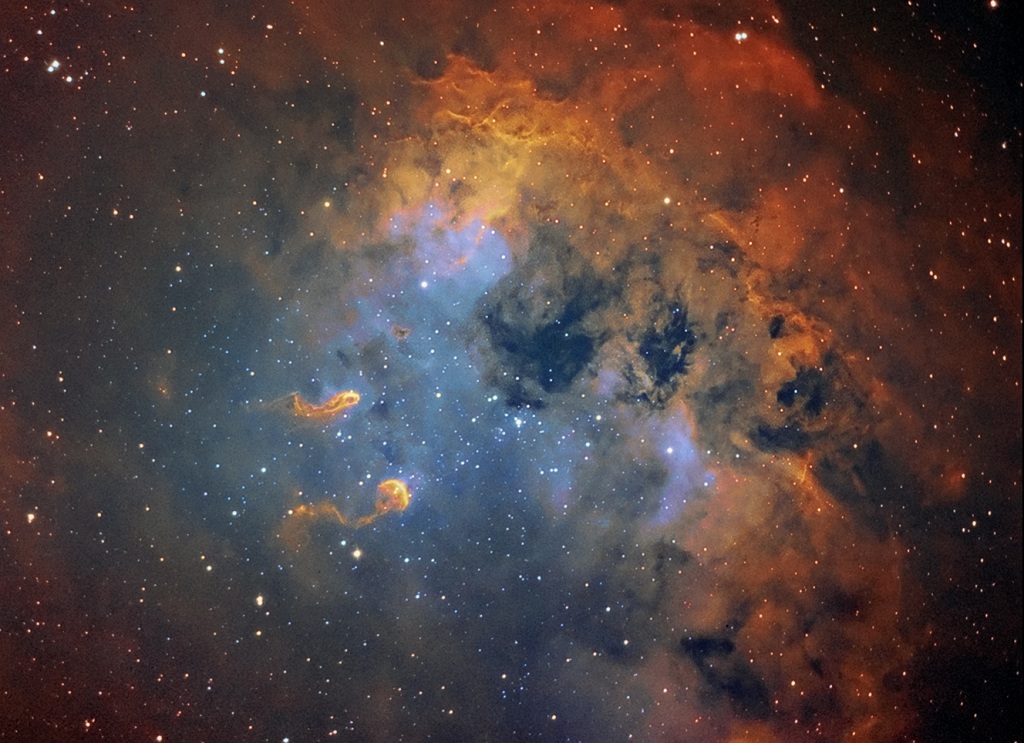 IC 410 is a faint and dusty emission nebula of more than 100 light-years across, located near the Flaming Star Nebula (IC 405) in a large star-forming (HII) region about 12,000 light-years away from Earth in the northern constellation of Auriga.

The cloud of glowing gas is sculpted by stellar winds and radiation from the embedded open star cluster catalogued as NGC 1893, which is just about 4 million years old. The massive, hot stars of this cluster are all very young, having only been recently formed from IC 410. The bright stars of this cluster are seen just below the prominent dark dust cloud near picture center.

Notable are two streamers of material, known as the “Tadpoles of IC 410”. These tadpoles, which consist of denser, cooler gas and dust, are approximately 10 light-years long and potentially sites of ongoing star formation.

Form given by the winds and radiation of the cluster’s stars, the tadpoles are pointing their tails outwards, away from the nebula’s central regions. Because of these tadpoles, IC 410 is sometimes nicknamed the Tadpoles Nebula.