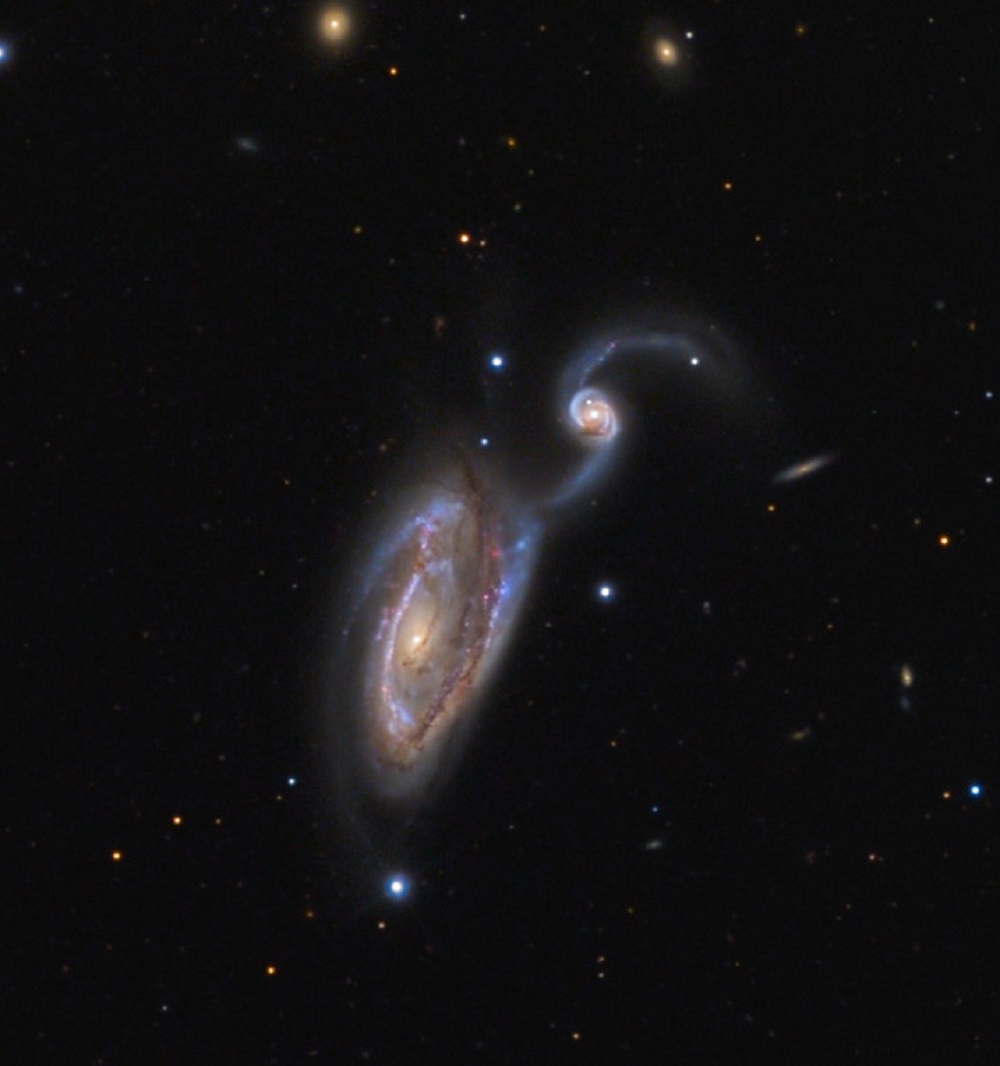 NGC 5395 and 5394, together known as Arp 84 or the Heron Galaxy, are two interacting galaxies located just over 160 million light-years away from Earth in the small northern constellation of Canes Venatici (the Hunting Dogs). It takes little imagination to see a blue heron’s body, complete with neck, head and a beak reaching out to a nearby fish.

The main disk of NGC 5395, with a bright, elongated central region, is asymmetric and distorted due to interaction with its nearby companion NGC 5294. The dominant spiral arm of this two-armed spiral galaxy forms a large ring somewhat off center with respect to the nucleus. Obscuring dust lanes can be seen throughout the galaxy.

The smaller galaxy, NGC 5394, has an oval disk, two long, fairly symmetric, open tidal arms, and very bright inner spiral arms, disjoint from the outer tidal arms. Most of the gas in NGC 5394 is concentrated around the center, so is suitable for fueling the ongoing starburst in its center. Despite the presence of hydrogen gas, two of the three inner spiral arms of NGC 5394 show no evidence of ongoing star formation.

Types Ic (and Ib) supernovae are caused by the core collapse of massive stars and are usually referred to as stripped core-collapse supernovae. These stars have shed (or been stripped of) their outer envelope of hydrogen, and lack the absorption line of silicon. Compared to Type Ib, Type Ic supernovae have lost more of their initial envelope, including most of their helium.

This image is taken May 23rd – May 24th, 2009 with the SBIG STL11000 CCD Camera on the 24-inch RC Optical Systems Telescope, located on the Mount Lemmon SkyCenter. Also seen in the image, are several dozens of background galaxies.