News by Subject » Anne's Image of the Day » Anne’s Picture of the Day: Galaxy Cluster Abell 2218

Abell 2218, a galaxy cluster in Draco 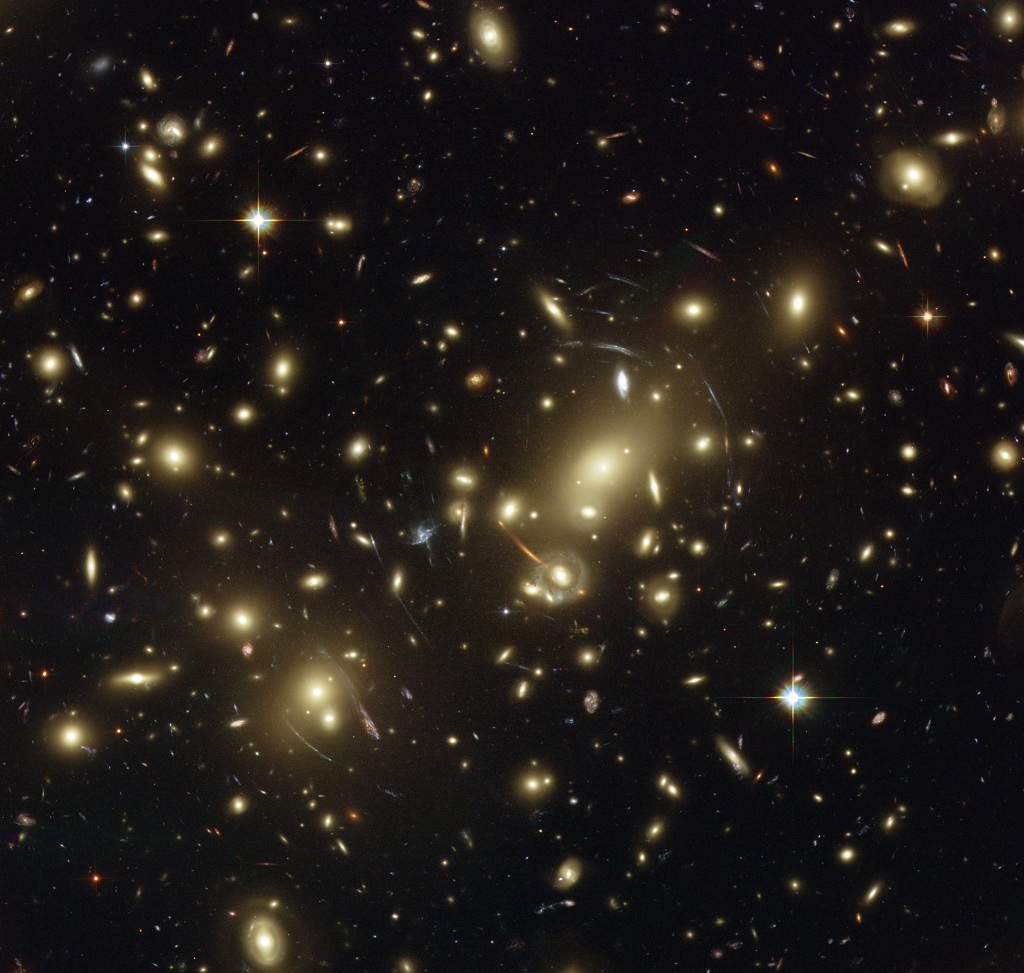 Abell 2218 is a rich galaxy cluster that contains more than 10,000 galaxies, located some 2.35 billion light-years away (redshift 0.18) in the northern constellation of Draco.

Redshift is the stretching of light waves as they travel across the expanding space. The longer they travel, the more they are stretched, and the higher the measured redshift.

Gravity can bend light, allowing huge clusters of galaxies to act as telescopes (called “gravitational lensing”), what give researchers a unique tool with which they can learn more about the formation of the first stars and galaxies in the Universe.

Almost all of the bright objects in this image are galaxies in Abell 2218. However, acting as a powerful lens, it magnifies and distorts all galaxies lying behind the cluster core into long arcs.

By gravitational lensing, a two million year old `baby-galaxy’ with a redshift of 5.58 has been discovered, corresponding to a distance of about 13.4 billion light-years (based on the estimate of 14 billion years as the age of the Universe). This means that this galaxy, consisting of young hot stars, is the most distant galaxy found so far (as of 2004). The galaxy’s light has been magnified more than 30 times by Abell 2218.

Astronomers believe it is one of the galaxy building blocks that join together and make up larger galaxies later in the history of the Universe. With the discovery of this galaxy, they may be witnessing the circumstances in which this first generation of stars was born.

The first galaxies in the Universe hold very important clues that shed light on the period known as the cosmic “Dark Ages”, a period that lasted possibly up to one billion years after the Big Bang and ended when the first generation of stars appeared.

This image, taken by the Hubble Space Telescope, shows the full overview of the galaxy cluster Abell 2218 and its gravitational lenses.