News by Subject » Anne's Image of the Day » Anne’s Picture of the Day: Globular Cluster NGC 6362 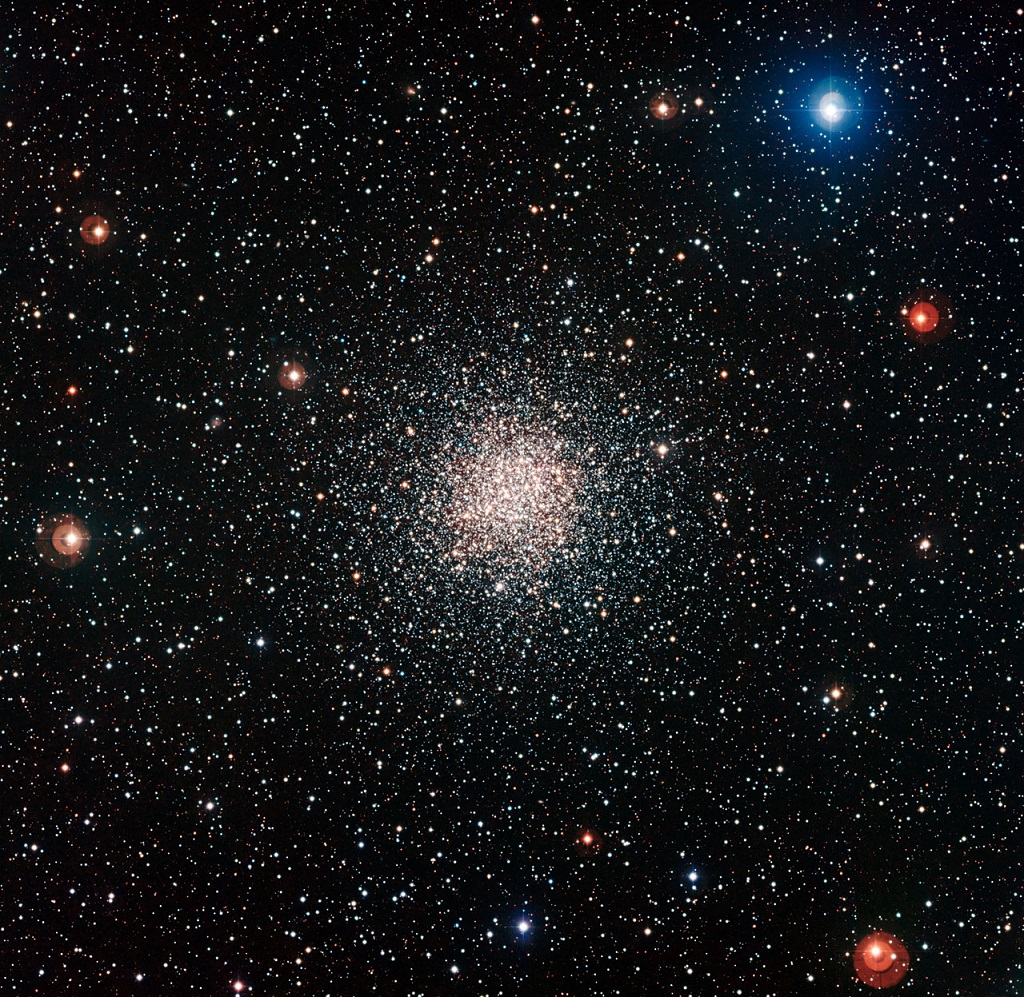 NGC 6362 is a globular cluster located about 24,800 light-years away from Earth in the southern constellation of Ara (The Altar), while it is approaching us at approximately 13 kilometers per second. It contains tens of thousands of very ancient stars, along with a good amount of stars looking younger than they actually are. The cluster is estimated to be some 13.57 billion years old!

A globular cluster is a spherical collection of very ancient stars, but they also contain some stars that look suspiciously young. The stars are very tightly bound by gravity, which gives them their spherical shapes and relatively high stellar densities toward their centers. Globular clusters, which are found in the halo of a galaxy, contain considerably more stars and are much older than the less dense open clusters, which are found in the disk.

Globular clusters are fairly common; there are more than 150 currently known in our Milky Way galaxy, and more which have been spotted in other galaxies. (The supergiant elliptical galaxy M87 has as many as 13,000 globular clusters.) Most of the stars inside a given cluster are thought to have formed at roughly the same time, so they are of a similar age, typically about 10 billion years old.

Globular star clusters are among the oldest objects in the Universe, and NGC 6362 cannot hide its age in this picture. The many yellowish stars in the cluster have already run through much of their lives and become red giant stars. But globular clusters are not static relics from the past — some curious stellar activities are still going on in these dense star cities.

For instance, NGC 6362 is home to many blue stragglers — old stars that really do succeed in passing for a younger age. Blue stragglers are bluer and more luminous — and hence more massive — than they should be after more than ten billion years of stellar evolution. Blue stars are hot and consume their fuel quickly, so if these stars had formed about ten billion years ago, then they should have fizzled out long ago. How did they survive?

There are only 2 possible explanations: these stars have either stolen mass from companion stars, or are the result of mergers between two stars that collided. The basic idea behind both of these options is that the stars were not born as big as we see them today, but that they received an injection of extra material at some point during their lifetimes and this then gave them a new lease of life.

This image – that shows the entire cluster against a rich background of stars in the Milky Way – was captured by the Wide Field Imager attached to the MPG/ESO 2.2-meter telescope at ESO’s La Silla Observatory in Chile, using infrared and optical filters. NGC 6362 can be easily seen in a small telescope.