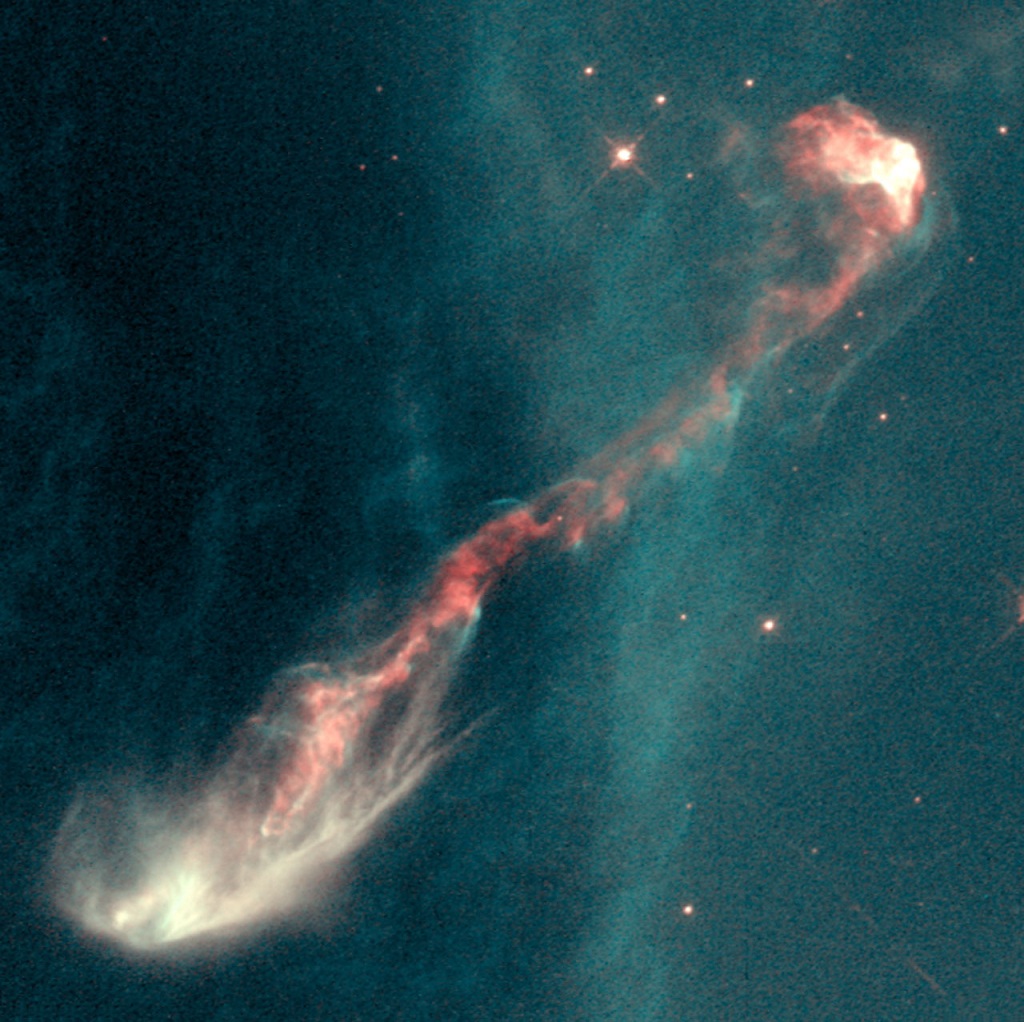 Herbig Haro object HH 47 is a bipolar stellar jet of 4.83 trillion kilometers long and 10 times the width of our Solar System located at the edge of the Gum Nebula, about 1140 light-years away in the southern constellation of Vela.

Herbig–Haro objects (HH) – named after astronomers George Herbig and Guillermo Haro – are narrow jets of gas and matter ejected by young stars at speeds of 100 to 1000 kilometers per second that collide with clouds of gas and dust nearby. They are ubiquitous in star-forming regions, and several are often seen around a single star, aligned along its rotational axis. The stellar jets seem to form as the swirling cloud of dust and gas surrounding a new star escapes.

HH 47’s central low mass protostar – which contains water and carbon dioxide ices, as well as organic molecules – is ejecting a jet and creates a bipolar outflow, and lies inside a Bok globule (a dark nebula which contain very young stars).

This image clearly reveals a very complicated jet pattern that indicates the star (hidden inside a dust cloud near the left edge of the image) might be wobbling, possibly caused by the gravitational pull of a companion star. The jet has burrowed a cavity through the dense gas cloud and now travels at high speed into interstellar space.

Shock waves form when the jet collides with interstellar gas, causing the jet to glow. The white filaments on the left bottom reflect light from the obscured newborn star.

This image, taken with the Wide Field Planetary Camera 2 onboard the Hubble Space Telescope, is create from pictures taken in 1994, 1999, and 2008.