News by Subject » Anne's Image of the Day » Anne’s Picture of the Day: Interacting Galaxies Arp 116

Arp 116, a pair of interacting galaxies in Virgo 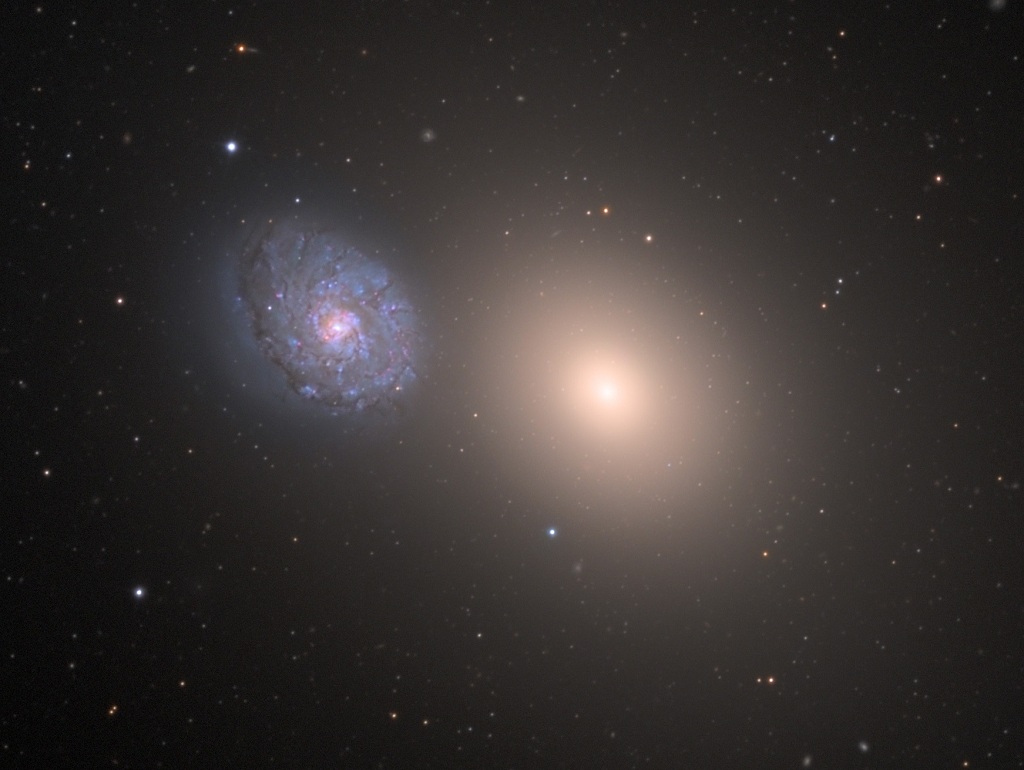 Arp 116 is a pair of interacting galaxies composed of a giant elliptical galaxy known as Messier 60, and a much smaller barred spiral galaxy, NGC 4647, located in the Virgo constellation. Both galaxies are members of the Virgo Cluster of Galaxies, a collection of more than 1,300 galaxies.

Messier 60 lies roughly 54 million light-years away from Earth, has a diameter of some 120,000 light-years, a mass of about one trillion times that of the Sun and a luminosity of 60 billion suns. It is the third brightest galaxy in the Virgo Cluster of Galaxies, and is the dominant member of a subcluster of four galaxies, which is the closest-known isolated compact group of galaxies.

In its halo, Messier 60 has a respectable number of about 5100 globular clusters, in addition to the trillions of (mostly older) stars in the galaxy itself, and at its center lies a huge black hole of 4.5 billion solar masses, one of the most massive black holes ever found. In 2004 the Type Ia supernova SN 2004W was observed in this galaxy.

The bluish barred spiral galaxy NGC 4647 is a star forming (H II) galaxy composed of young blue stars, gas and dust, organized into winding arms that are rotating in a flattened disk. It is some 90,000 light-years across and it lies about 63 million light-years away from Earth.

This image was taken with the 0.8m Schulman Telescope at the Mount Lemmon SkyCenter.