News by Subject » Anne's Image of the Day » Anne’s Picture of the Day: Messier 15

Messier 15, a globular cluster in Pegasus 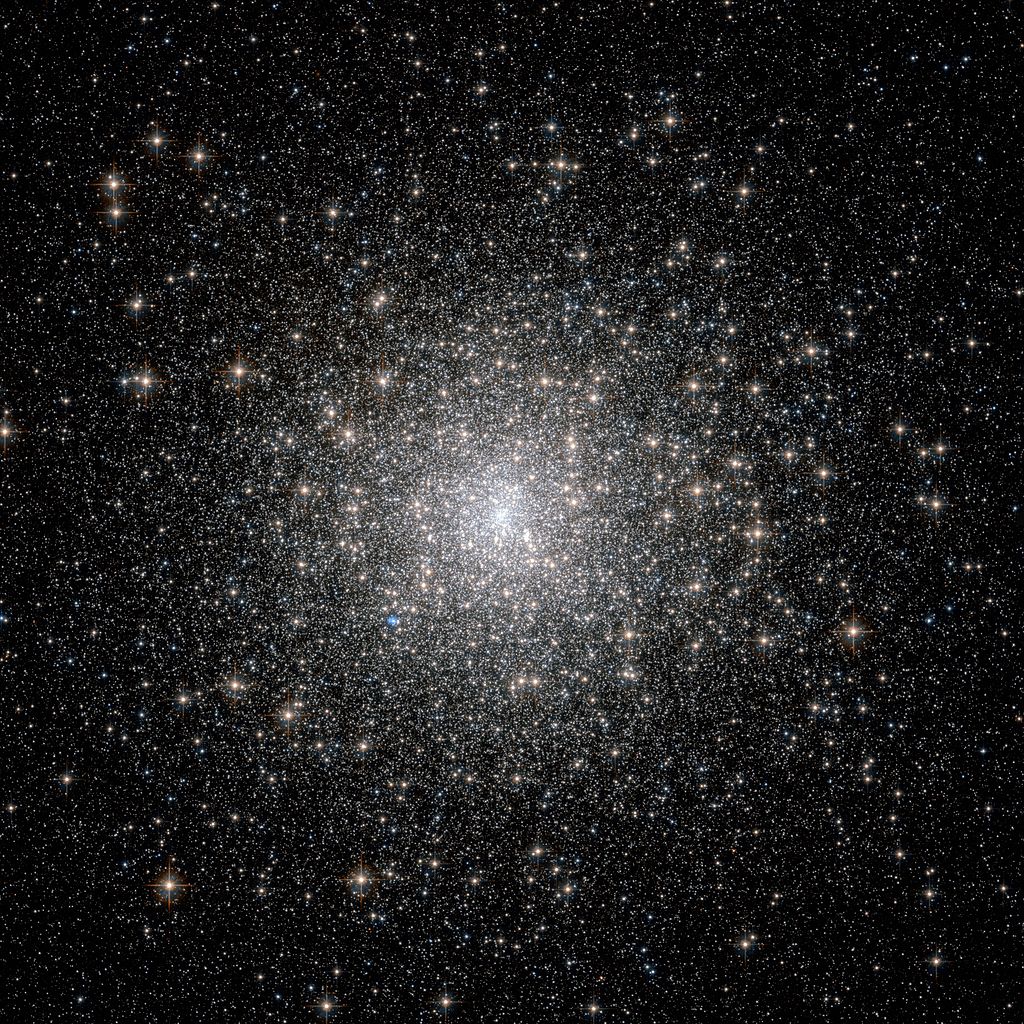 Messier 15 (also designated NGC 7078) is a globular cluster of about 175 light-years across, located some 33,600 light-years away in the constellation Pegasus (The Flying Horse). Over 12 billion years old, it is one of the oldest known globular clusters, but is rich and bright despite its age. The cluster is approaching us at roughly 107 kilometers per second.

A globular cluster is a spherical conglomeration of old stars that formed together from the same cloud of gas, found in the outer reaches of the Milky Way in a region known as the halo and orbiting the Galactic Centre.

Home to over 100,000 stars, Messier 15 has a total luminosity of 360,000 times that of the Sun; its brightest stars have a luminosity of 1,000 times that of our Sun. It contains a large number of variable stars (112) and pulsars (9), including one double neutron star system. It is also the first globular cluster known to harbour a planetary nebula, and it is still one of only four globulars known to do so. The planetary nebula, called Pease 1, can be seen in this image as a small blue blob to the lower left of the globular’s core.

Messier 15 is perhaps the densest of all globulars in our Milky Way galaxy. The cluster has undergone a process of contraction called “core collapse”, in which gravitational interactions between stars led to many members of the cluster migrating towards the center, which is quite common in the dynamical evolution of globulars (about 20% of the globular clusters have undergone a core collapse).

This central core is extremely small compared to the cluster, only about 1.4 light-years, and half of the stars of the cluster are packed in a central sphere with a radius of just 10 light-years. It is still unclear if the central core of M15 is packed so dense simply because of the mutual gravitational interaction of the stars it is made of, or if it houses a central medium-mass black hole. In that case it would be among the nearest and better observable to us, being only little more remote than the Galactic Center and much less obscured by interstellar matter.

Messier 15 can be seen with the naked eye under very good conditions and can be observed with binoculars or a small telescope, appearing as a fuzzy star. Telescopes with a larger aperture (at least 6 in./150 mm diameter) will start to reveal individual stars, the brightest of which are of magnitude +12.6.

This image was created from images taken with the Wide Field Channel of Hubble’s Advanced Camera for Surveys.