News by Subject » Anne's Image of the Day » Anne’s Picture of the Day: Reflection Nebula NGC 1999

NGC 1999, a reflection nebula in Orion 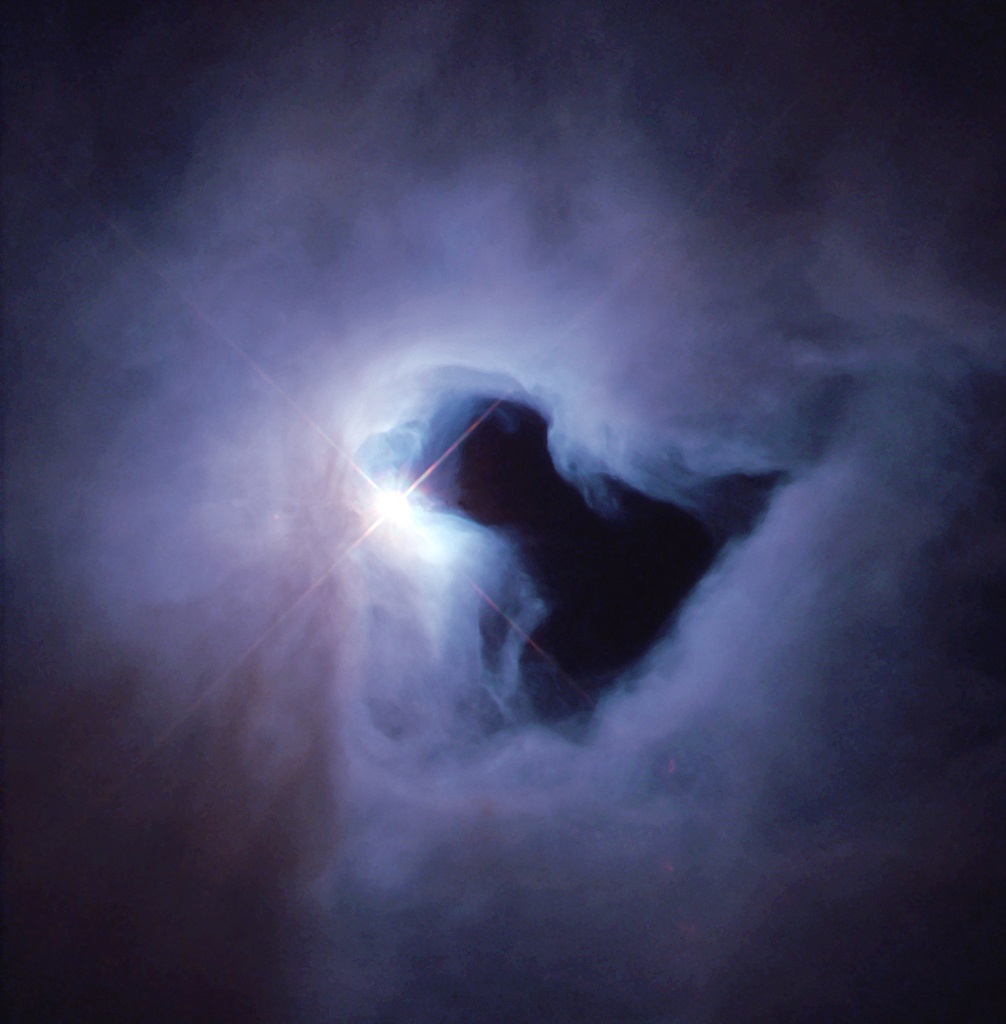 NGC 1999 is a bright reflection nebula of about 0.9 light-year across, located some 1,500 light-years away from Earth in the constellation of Orion, the Hunter. This dust filled nebula is notable for a 0.2-light-year-wide black patch.

The black patch was previously believed to be a dark nebula (a dense cloud of dust and gas that block all light). But, analyses determined that the patch doesn’t look black because it is an extremely dense pocket of gas, but because it is a vast hole of empty space.

In this case, the nebula is illuminated by the very young and bright variable star V380 Orionis (just left of center), which white color is due to its high surface temperature of about 10,000 degrees Celsius (nearly twice that of our own Sun). Its mass is estimated to be 3.5 times that of the Sun.

Astronomers think that V380 Orionis is signaling its near maturity by shooting out bipolar jets from its poles at hundreds of kilometers per second that are blasting away any leftover material from the star’s formation which punch a gigantic hole in the surrounding cloud. Essentially these columns of gas are being shot forward and are sweeping away all the gas and dust.

The empty hole may be an important glimpse into the way newborn stars shake off their birth clouds and helps astronomers develop a better understanding of the entire star-forming process.

This image is taken on January 21, 2000 with the Wide Field Planetary Camera 2 onboard the Hubble Space Telescope using three different color filters. It shows a portion of the nebula around the central star which is roughly 0.55 light-years along the horizontal side. North is to the top right, East is to the top left of the image.