News by Subject » Anne's Image of the Day » Anne’s Picture of the Day: Saturn’s moon Hyperion 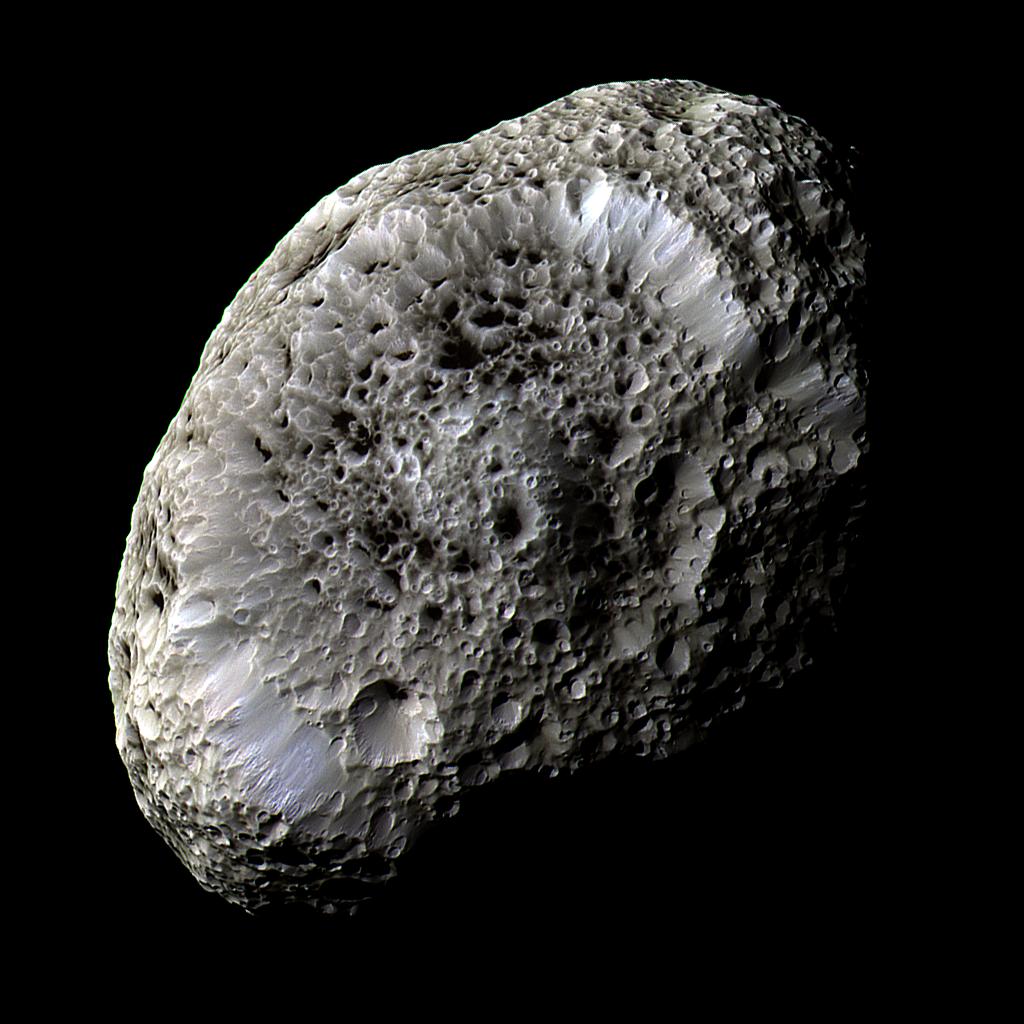 The moon has a notably reddish tint when viewed in natural color. The red color was toned down in this false-color view, and the other hues were enhanced, in order to make more subtle color variations across Hyperion’s surface more apparent.

Hyperion’s surface shows an enormous ridge and is covered with deep, sharp-edged craters that give it the appearance of a giant sponge. Dark material fills the bottom of each crater. The reddish substance contains long chains of carbon and hydrogen. The largest crater on Hyperion is approximately 121.57 km in diameter and 10.2 km deep.

This cold moon, with a temperature of 93 K (−180 C), consists for about 40 percent of empty space . This porosity allows craters to remain nearly unchanged over the eons. Hyperion’s low density indicates that it is composed largely of water ice with only a small amount of rock.

Hyperion orbits Saturn in 21.28 days in a fairly eccentric orbit and it’s rotation is chaotic, that is, its axis of rotation wobbles so much that its orientation in space is unpredictable. Hyperion is the only moon in the Solar System known to rotate chaotically. It is also the only regular natural satellite in the Solar System not to be tidally locked.

Images taken using infrared, green and ultraviolet spectral filters were combined to create this view. The images were taken during Cassini’s very close flyby on Sept. 26, 2005, with the narrow-angle camera at a distance of approximately 62,000 kilometers (38,500 miles) from Hyperion. The image scale is 362 meters (1,200 feet) per pixel.