News by Subject » Anne's Image of the Day » Anne’s Picture of the Day: Spiral Galaxy NGC 2280 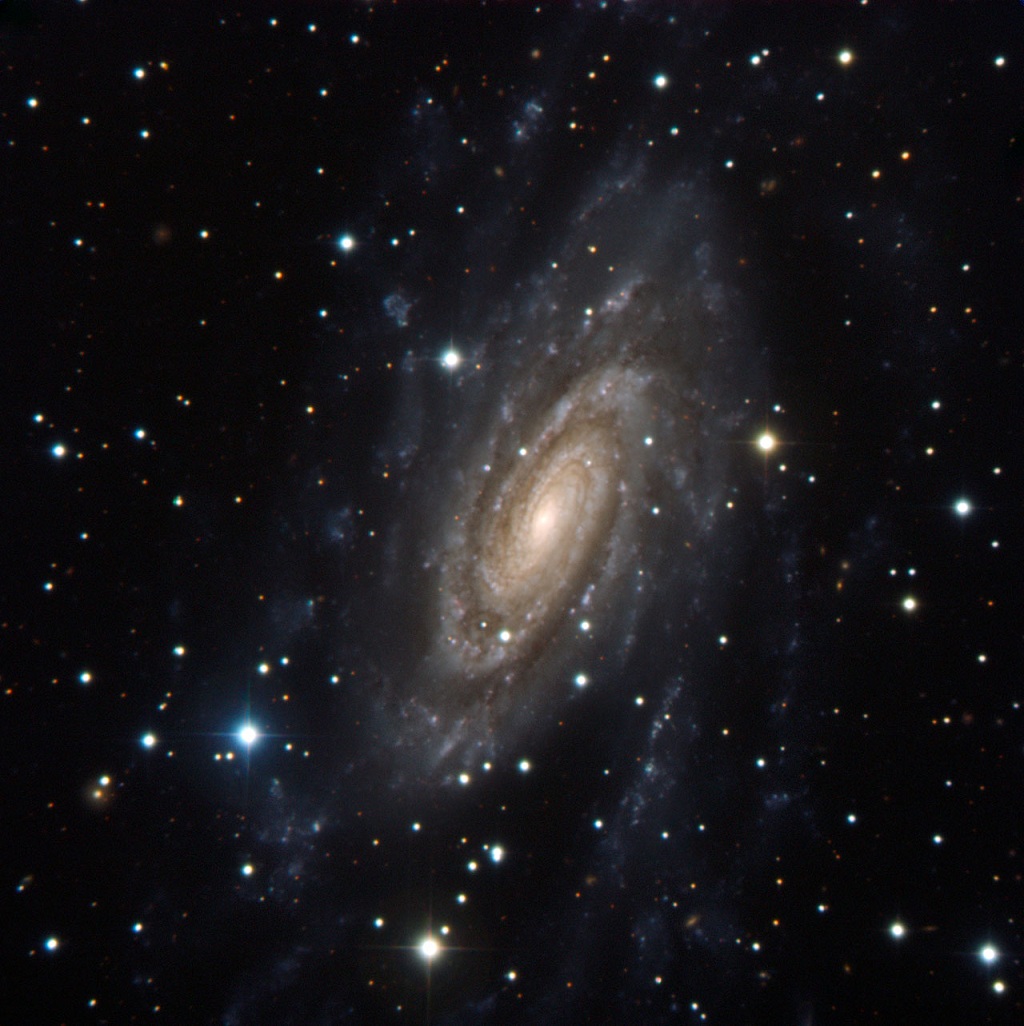 NGC 2280 is a large spiral galaxy that lies about 75 million light-years away towards the constellation of Canis Major (the Greater Dog), while it is moving away from us at approximately 1899 kilometers per second. This galaxy, that is thought to be similar in shape and size to our own Milky Way galaxy, is the dominant member of the NGC 2280 Group of galaxies.

Its massive, loosely wound spiral arms reach far into the surrounding space. These star-filled arms taper off into wispy blue clouds of illuminated and glowing gas well away from the galaxy’s bright central bulge.

In 2001 the supernova SN 2001fz was witnessed in this galaxy, to the northeast of its nucleus.

This image was captured through three different filters with the ESO Faint Object Spectrograph and Camera (EFOSC2) on the 3.6-meter telescope at La Silla Observatory in Chile. The many stars of various colours and luminosities, are all in the foreground of our view, as they lie much closer to us than NGC 2280.