News by Subject » Anne's Image of the Day » Anne’s Picture of the Day: Spiral Galaxy NGC 2613 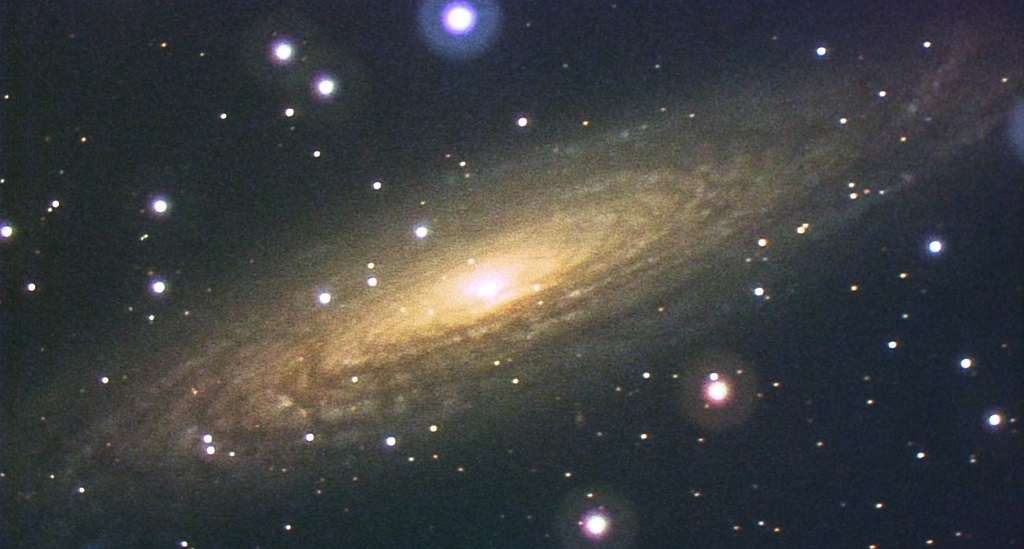 NGC 2613 is a barred spiral galaxy that lies about 66 million light-years away from Earth in the southern constellation of Pyxis (The Mariner’s Compass), while it is receding from us at 1660 – 1676 kilometers per second. It has a nearby companion galaxy, designated ESO 495-G017.

This galaxy is thought to resemble our own Milky Way.

NGC 2613 is an extremely massive galaxy that contains a deeply embedded active nucleus – that probably hosts a supermassive black hole – in a smooth bulge of stars from which the many tightly wound spiral arms emanate.

This rarely imaged starburst galaxy that we see nearly edge-on is known for a chaotic pattern of dark dust lanes superimposed upon the spiral arms, which contain stars, star clouds where new stars are being born, and interstellar gas and dust.