News by Subject » Anne's Image of the Day » Anne’s Picture of the Day: Spiral Galaxy NGC 4639 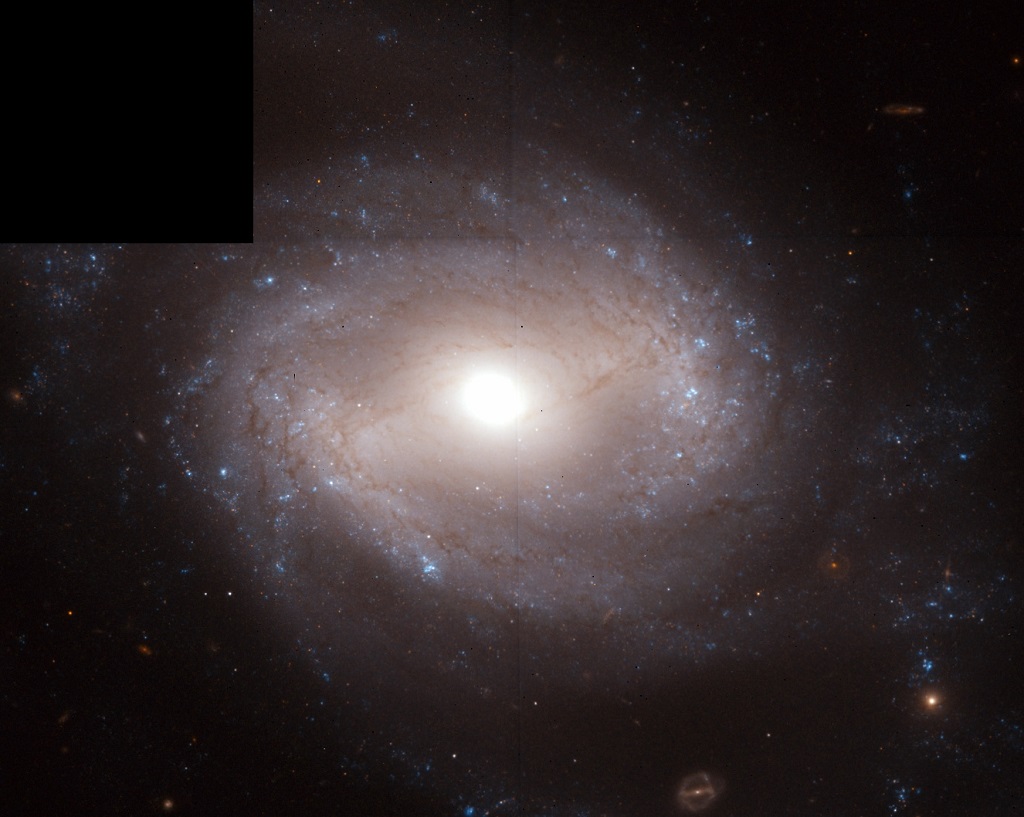 NGC 4639 is a barred spiral galaxy of some 45.000 light-years across that lies about 78 million light-years away from Earth in the constellation of Virgo, while it is moving away from us at roughly 1018 kilometers per second. It is a member of the Virgo Cluster of galaxies (also known as the Messier 87 Group), consisting of approximately 1300 (and possibly up to 2000) galaxies.

NGC 4639 is a so called Seyfert 1 Galaxy, which are galaxies with extremely bright nuclei that produce spectral line emission from highly ionized gas. The centers of Seyfert galaxies have active galactic nuclei, and usually contain supermassive black holes with masses between 10 and 100 million solar masses. Seyferts are classified as Type I or II, depending upon whether the spectra show both narrow and broad emission lines (Type I), or only narrow lines (Type II).

The blue dots in the galaxy’s outlying regions indicate the presence of young stars. Among them are older, bright stars called Cepheids, which are used as reliable milepost markers to obtain accurate distances to nearby galaxies. Astronomers measure the brightness of Cepheids to calculate the distance to a galaxy.

This category of supernovae produces consistent peak luminosity. The stability of this luminosity allows these supernovae to be used as standard candles to measure the distance to their host galaxies because the visual magnitude of the supernovae depends primarily on the distance.

The color image above was made from separate exposures taken in the visible and near-infrared regions of the spectrum with the Wide Field Planetary Camera 2 onboard the Hubble Space Telescope.