News by Subject » Anne's Image of the Day » Anne’s Picture of the Day: Spiral Galaxy NGC 4700 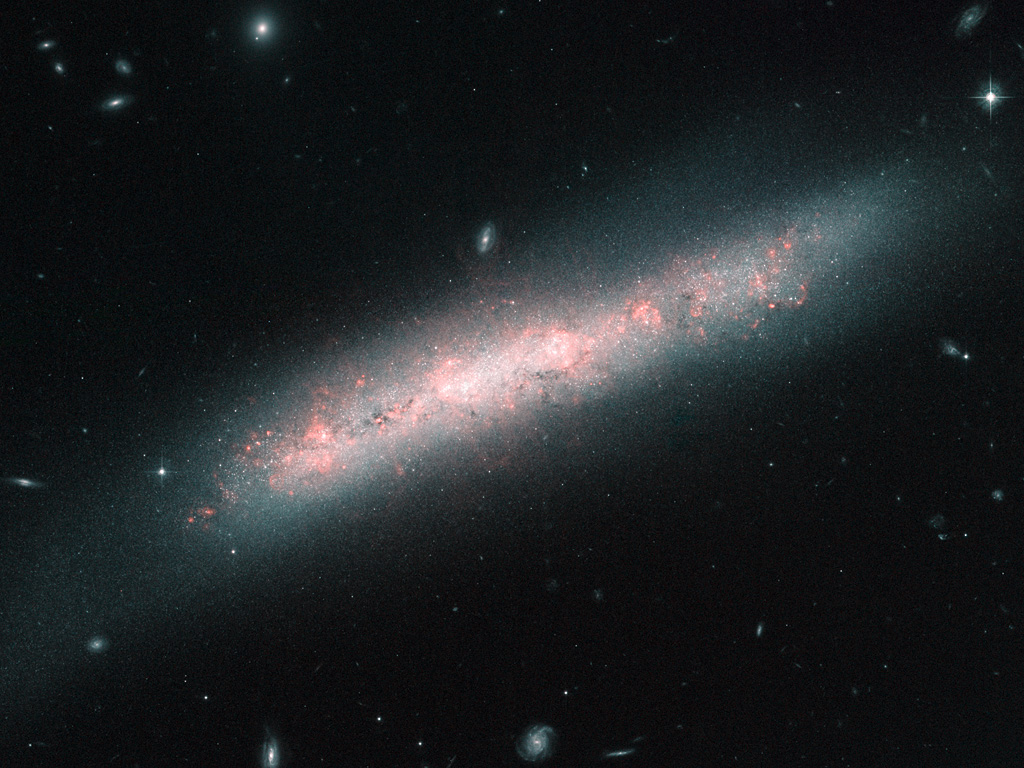 NGC 4700 is a barred spiral galaxy that lies about 50 million light-years away in the constellation of Virgo (the Virgin), while it is moving away from us at roughly 1435 kilometers per second, due to the expansion of the Universe.

This edge-on galaxy that is thought to be quite similar in structure to the Milky Way, has an active galaxy nucleus that probably contains a supermassive black hole, and bears the signs of the vigorous birth of many new stars.

NGC 4700 displays an amazingly high number of bright, pinkish stellar nurseries. These are areas of intense stellar formation, where hydrogen gas clouds collapse into stars. They are known as H II regions because the short-lived, very hot blue stars in these regions emit huge amounts of ultraviolet light, that ionize the surrounding gas, and make it glow.

As a result, HII regions can be very hot, around some 10,000K. These regions are important to our understanding of the cosmos and how stars are formed.

This image of NGC 4700 was taken with the Advanced Camera for Surveys on the Hubble Space Telescope and also shows many background galaxies.