News by Subject » Anne's Image of the Day » Anne’s Picture of the Day: Star Cluster IC 348 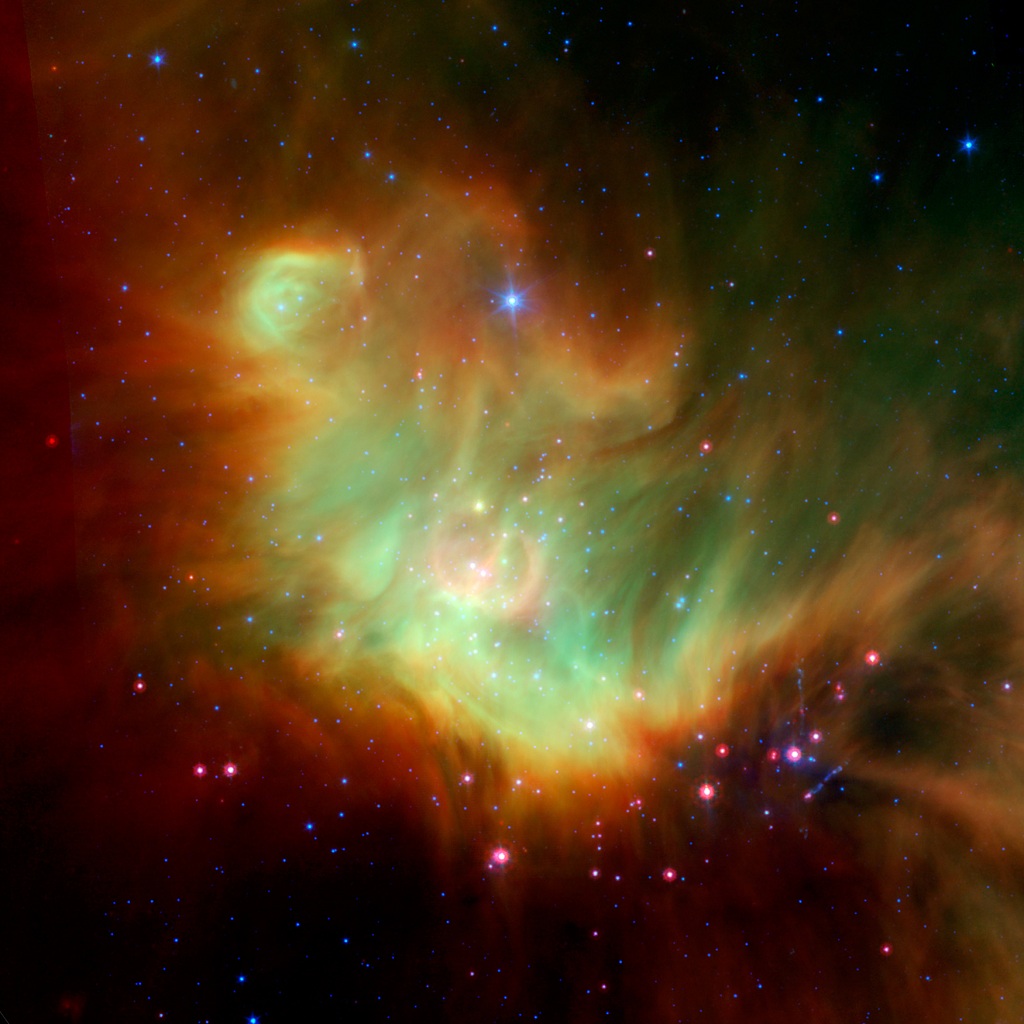 IC 348 (also known as IC 1985) is a 2 million year old open star cluster surrounded by a reflection nebula of about 15 light-years across, located some 1028 light-years away from Earth in the northern constellation of Perseus, while it is receding from us at 14 kilometers per second. It is embedded in the star-forming region called the Perseus molecular cloud.

The light from the roughly 400 stars in the cluster is scattered by clouds of dust in the star-forming region, producing the reflection nebula. The cluster’s brightest members are hot, bright bluish Main Sequence stars, but some stars are still in the process of formation, so star formation is an ongoing process in the region. The most massive stars in the cluster are the stars of the binary star system called BD+31°643.

About half of the stars in the cluster have a circumstellar disk, of which 60% are primordial disks, where planets could be forming. Studies of circumstellar disks in clusters of various ages are expected to yield a better understanding of the dynamics of planet formation.

Brown dwarfs lose heat as they age, so they are more readily discovered while they are still young. Current models estimate that their surfaces are approximately 900-1000 degrees Kelvin (about 600-700 degrees Celsius). That’s extremely cool for objects that have just formed, which implies that they have the lowest masses of any of this type of object that we’ve seen to date. The discovery of the dwarfs in IC 348 has allowed astronomers to set new limits on the lowest mass objects.

Recently, astronomers discovered an unusual variable object inside IC 348 that appears to be a close binary pair of protostars, named LRLL 54361 (L54361 for short). This bright object emits flashes of light every 25.34 days. These two protostars drag material inwards from a surrounding disk of gas and dust. The light flashes are probably due to this material suddenly being dumped onto the growing stars as they near one another in their orbits, unleashing a blast of radiation.

This is only the third time this phenomenon has been observed, and it is the most powerful such beacon seen to date. It is also the first to be seen associated with a light echo. Flashing double star systems like this one are rare, because close binaries account for only a few percent of our galaxy’s stellar population. Moreover, the pulsing light is likely to be a brief phenomenon in the early life of a star.

This false-color, infrared-light image is taken with the Spitzer Space Telescope.