News by Subject » Anne's Image of the Day » Anne’s Picture of the Day: Star-forming region Sharpless 2-106

Sharpless 2-106, a star-forming region in Cygnus 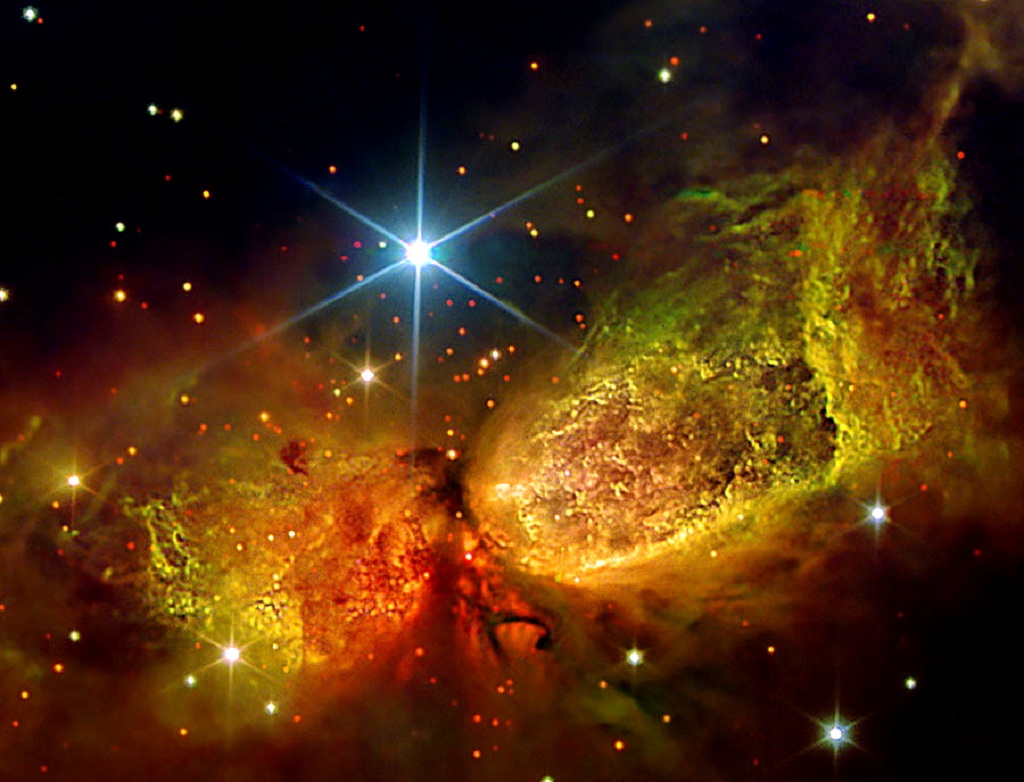 Sharpless 2-106 (Sh2-106 or S106 for short) is a bipolar emission nebula and HII region. It measures about 2 light-years long by 0.5 light-year wide and is located about 2,000 light-years away in the constellation of Cygnus (the Swan), in a relatively isolated region of the Milky Way. Its mass may be as high as 25,000 times the mass of our Sun.

Despite its appearance, Sh2-106 is not a planetary nebula, but a molecular cloud and star-forming region. Twin lobes of super-hot hydrogen gas (glowing blue) stretch outward from the central star, what creates the “wings” of this butterfly-shaped nebula. This image also reveals ripples and ridges in the gas as it interacts with the cooler interstellar medium.

The massive, only 100,000 years old central star called S106 IR or IRS 4 (Infrared Source 4) — which could be up to 15 times the mass of our Sun and 10,000 times as bright — is still shrouded in a large disk of dust and gas, visible in dark red near the center of the nebula. (The dark line on the left of the star is actually the shadow of that disk on the gas and dust around it.)

This star is rapidly rotating, and that twists up its magnetic fields, blasting out energy and matter at incredibly high speeds in opposite directions, forming the gas cloud and the turbulence visible within. Eventually its light will break free of the enveloping cloud as it begins the relatively short life of a massive star.

The faint light emanating from the central star reflects off of tiny dust particles. This illuminates the environment around the star, showing darker filaments of dust winding beneath the lobes. The gas near the central star acts as an emission nebula as it emits light after being ionized, while dust far from this star reflects its light and acts as a reflection nebula.

Detailed studies have also uncovered more than 600 hundred brown dwarfs lurking in the nebula’s gas, which may someday create a small cluster. These “failed” stars weigh less than a tenth of our Sun. Because of their low mass, they cannot produce sustained energy through nuclear fusion like our Sun does.