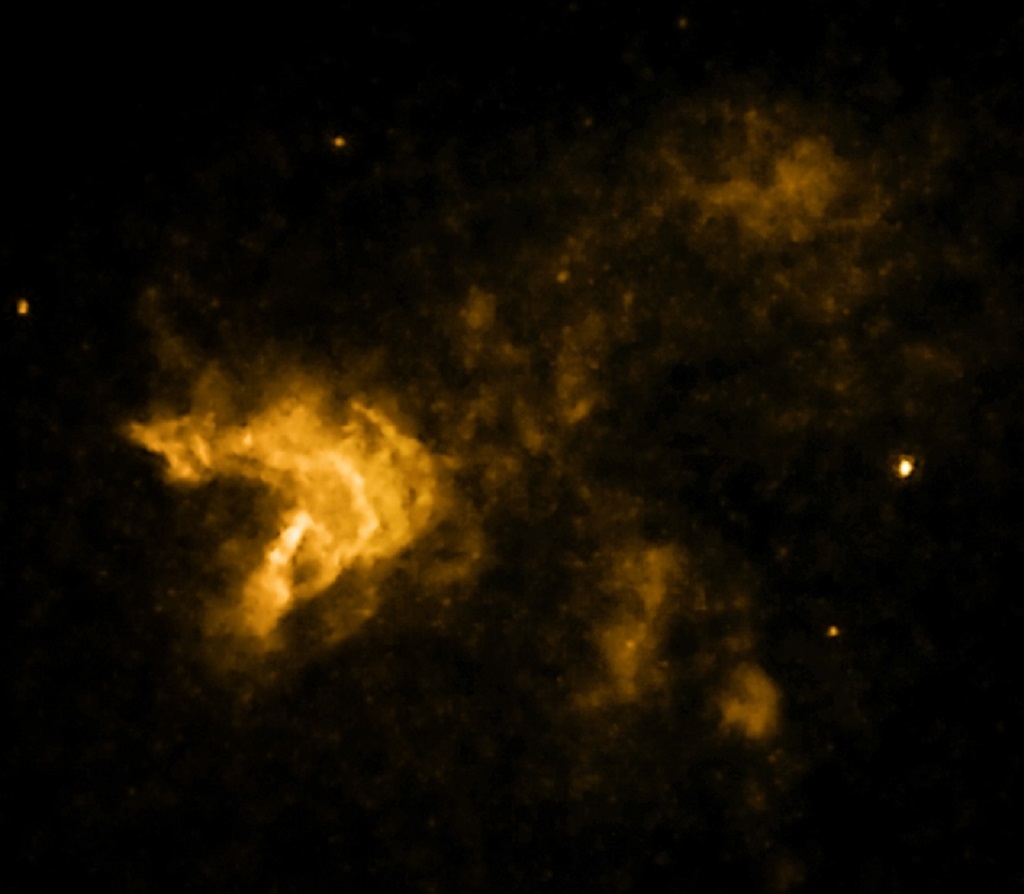 G350.1-0.3 is a very bright supernova remnant of just about 8 light-years across, located some 14,700 light-years away from Earth toward the center of the Milky Way in the constellation of Scorpius. It is associated with the neutron star XMMU J172054.5-372652 (in the middle right) which was formed in the same supernova explosion.

G350.1-0.3 is between 600 and 1,200 years old, making it one of the youngest and brightest supernova remnants in the Milky Way. However, it is unlikely that anyone on Earth would have seen the explosion because of the obscuring gas and dust that lies along our line of sight to the remnant.

A supernova occurs when a star explodes in the final phase of its life. The exploding star can become billions of times as bright as the Sun before gradually fading from view. At its maximum brightness, the exploded star may outshine an entire galaxy.

After some supernova explosions, when a massive star – more than 8 and below about 20 solar masses – collapses and becomes so dense that protons and electrons squish together to form neutrons, there remains a small, ultra-dense neutron star. (Rapidly rotating, highly magnetized neutron stars are called pulsars.) The explosion throws a large cloud of dust and hot gas into space surrounding the neutron star.

The odd shape of G350.1-0.3 probably resulted from exploding next to a dense gas cloud that prevented even expansion and produced its elongated shape. The expanding cloud of debris that the explosion left behind is a bright source of X-rays and radio waves. Generally, the debris of such an explosion is appears as an expanding, nearly circular, bubble or ring.