News by Subject » Anne's Image of the Day » Anne’s Picture of the Day: The Black Widow Nebula

The Black Widow Nebula, an emission nebula in Circinus 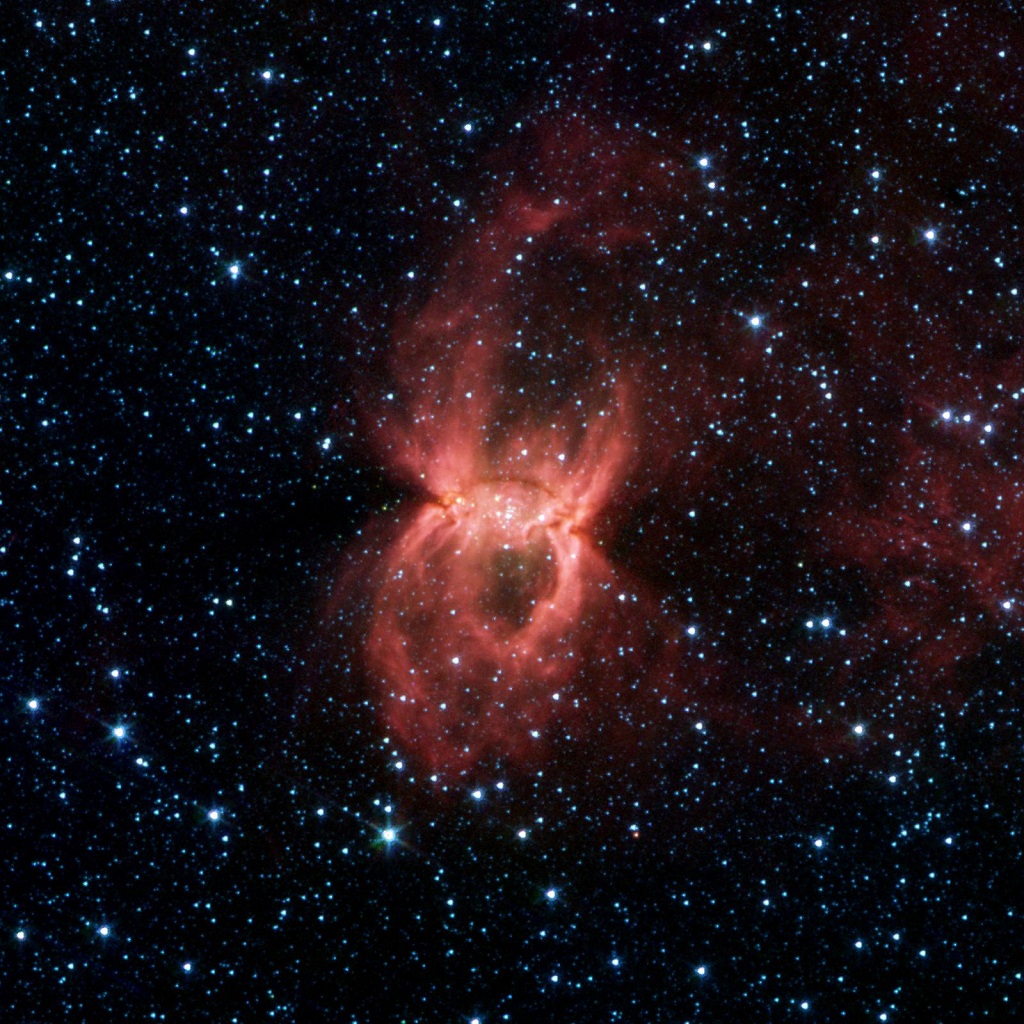 The Black Widow Nebula is an emission nebula, a star-forming cloud of gas and dust, located about 10,000 light-years away from Earth just above the galactic plane in the southern constellation of Circinus.

This galactic creepy crawler is nearly invisible at optical wavelengths – hidden behind a web of dust spun from the galaxy’s disk. But Spitzer used its infrared eyes to peer through the haze. It has captured wispy streams of dust, flowing like spider’s legs from the centre of the nebula, where massive young stars are forming.

When individual stars form from molecular clouds of gas and dust they produce intense radiation and very strong particle winds. Both the radiation and the stellar winds blow the dust outward from the star creating a cavity or, bubble.

In the case of the Black Widow Nebula, a large cloud of gas and dust condensed to create multiple clusters of massive young stars. The combined powerful winds from these groups of large stars probably blew out bubbles into the direction of least resistance, forming a double bubble (the body) and spindly legs. (The baby stars can be seen as specks of yellow where the two bubbles overlap.) They are basically destroying and dispersing the remnants of the material from which they were formed.