News by Subject » Anne's Image of the Day » Anne’s Picture of the Day: The Blue Planetary Nebula

The Blue Planetary, a planetary nebula in Centaurus 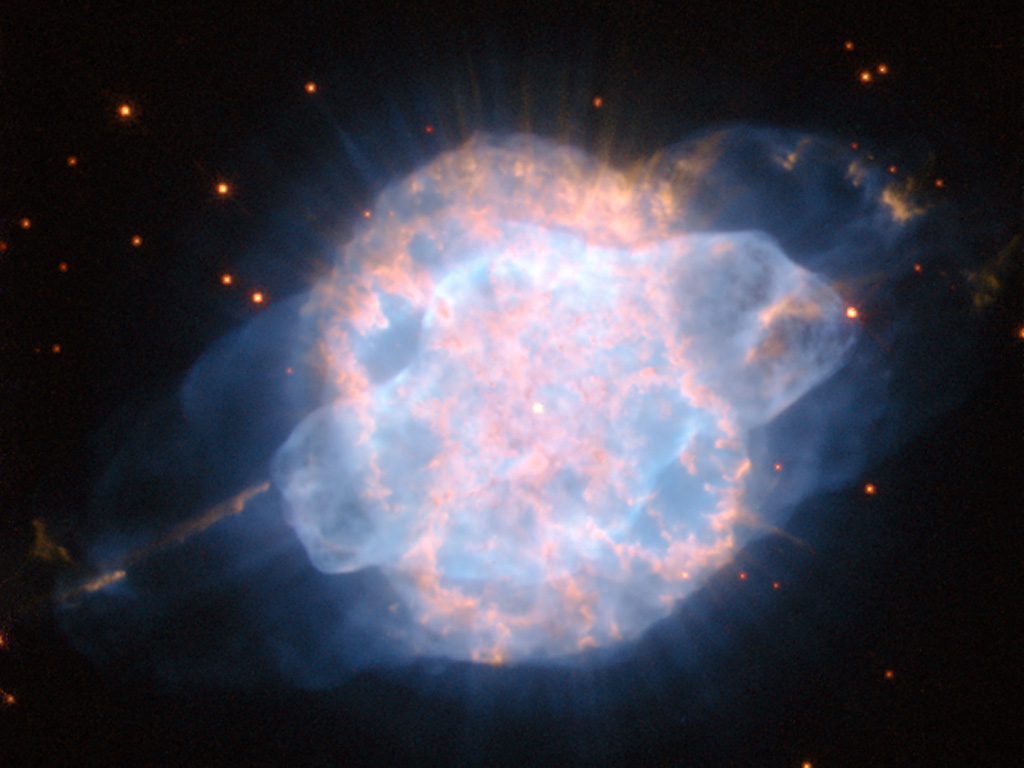 Over the next several thousand years, the Blue Planetary Nebula will gradually disperse into space. In the meantime the red giant has become a white dwarf which will cool and fade away for billions of years. Our own Sun is expected to undergo a similar fate, but fortunately this will not occur until some 5 billion years from now.

In the center of the Blue Planetary Nebula, and completely dwarfed by it, lies a white dwarf star called HD 102854, the dying remnants of a red giant. The intense ultraviolet radiation from this tiny remnant star causes the surrounding gas to glow.

The distinctive eye-like shape of this cloud of colorful gas, with a bright inner shell of gas and a more diffuse outer shell that extends far from the nebula looks as if it could be the result of two separate ejections of gas. But this is in fact not the case: studies of the object suggest that they were formed at the same time, but are being blown from the central star at different speeds. The powerful jets of gas emerging from the ends of the large structure are estimated to be shooting away from the star at speeds of up to 350,000 kilometers per hour.

This nebula is easily visible through small telescopes, but the central star remains invisible to optical observers.

The image is a composite of visible and near-infrared photos taken with the Wide Field Planetary Camera 2 onboard the Hubble Space Telescope using four different color filters.