News by Subject » Anne's Image of the Day » Anne’s Picture of the Day: The Cave Nebula

The Cave Nebula, an emission nebula in Cepheus 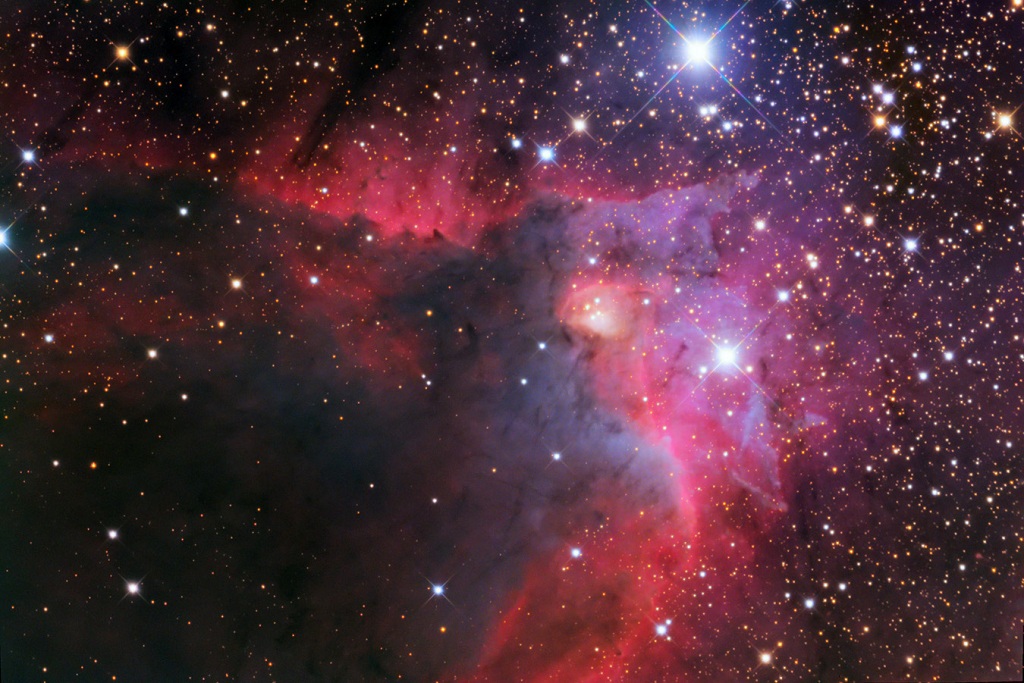 The Cave Nebula (Sharpless 155 or Sh2-155) is a dim and very diffuse bright emission nebula surrounded by dust. It has a radius of about 35 light-years, and is located some 2400 light-years away in the constellation of Cepheus. The nebula has gotten its nickname from the darker area, at the center left, which visually appears as a cave.

This crescent-shaped star-forming region (HII region) that consists of double ionized hydrogen, lies within and arose from the large molecular cloud known as Cepheus B, which contains reflection, emission, and dark nebulae.

The stars within the Cave Nebula are very young, mostly less than 100,000 years old, while new stars are born at a high rate within the dust clouds of the nebula. Two bright stars (HD 217061 and HD 217086) illuminate the bright ridges of the Cave Nebula.