The Skull Nebula, a planetary nebula in Cetus 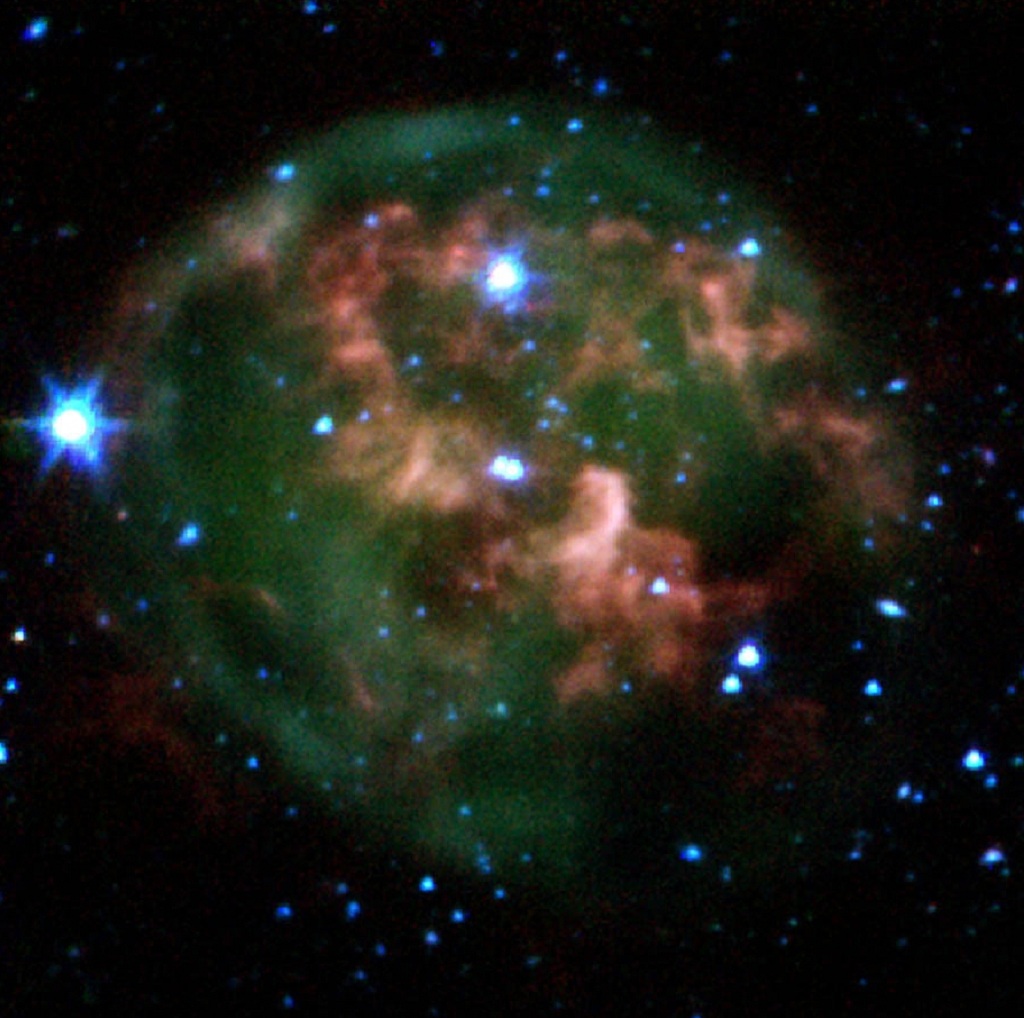 The Skull Nebula (NGC 246) is a rather old planetary nebula of some 4 – 6 light-years across that surrounds a dying star, the white dwarf HIP 3678. It is located roughly 1,600 light-years away in the constellation of Cetus, while it is moving away from us at approximately 39 kilometers per second.

When a star with a mass up to eight times that of the Sun runs out of fuel at the end of its life, it blows off its outer shells and begins to lose mass. This allows the hot, inner core of the star (collapsing from a red giant to a white dwarf) to radiate strongly, causing this outward-moving cocoon of gas to glow brightly as a planetary nebula. Our own Sun is expected to undergo a similar fate, but fortunately this will not occur until some 5 billion years from now.

In this image, Spitzer’s infrared camera has pierced through this cloud of glowing gas and dust to highlight a giant ring of expelled material (red) slightly offset from the cloud’s core. This ring is likely made of hydrogen molecules that were ejected from the aging star in the form of atoms, then cooled to make hydrogen pairs. The expelled gases appear green.

The nebula as well as the white dwarf (the fainter member of the binary star system seen at the nebula’s center) contain very much fluorine, 250 times more than usual. This element was produced in the star by fusion and now drifts away into space.

The Skull Nebula will help explain how planetary nebulae take shape, and how they nourish future generations of stars.

This composite image was taken on Dec. 6, 2003, by the infrared array camera on Spitzer Space Telescope, and is composed of images obtained at four wavelengths.