Exoplanet hunters estimate that there could be billions of super-Earths – planets with a mass of up to ten times that of Earth – orbiting stars in the Milky Way alone. But do super-Earths really deserve their name and would they be capable of hosting life? A study of the thermal evolution of rocky super-Earths suggests that they may bear very little resemblance to our home planet.

Artist’s impression of a trio of super-Earths discovered by an European team using the HARPS spectrograph on ESO’s 3.6-m telescope at La Silla, Chile. The three planets, having 4.2, 6.7, and 9.4 times the mass of the Earth, orbit the star HD 40307 with periods of 4.3, 9.6, and 20.4 days, respectively. Image Credit: ESO

“We are discovering planets orbiting distant stars that are similar to Earth in composition but more massive than Earth. The major question is: are they just scaled-up versions of Earth, or are they fundamentally different? We especially want to know if rocky super-Earths have thick atmospheres, volcanic activity, magnetic fields or plate tectonics,” said Stamenkovic, a researcher at the Massachusetts Institute of Technology. “Some of these features are crucial for determining if a planet might be capable of supporting surface life.”

On Earth, plate tectonics and volcanic activity help to regulate the climate and to release and recycle nutrients for life. Our planet’s magnetic field, driven by a liquid metallic core, possibly protects the atmosphere from being stripped away by solar and cosmic particles.

Stamenkovic and his colleagues have found that the viscosity and the melting temperature of mantle rock are strongly affected by pressure. In massive super-Earths internal pressures are tens of times greater than those in the terrestrial interior and can lead to large viscosities and melting temperatures – which furthermore can negatively impact the habitability of a planet.

Surprisingly, the team’s calculations suggest that rocky super-Earths may even be undifferentiated – not separated into a metallic core and rocky mantle like Earth. 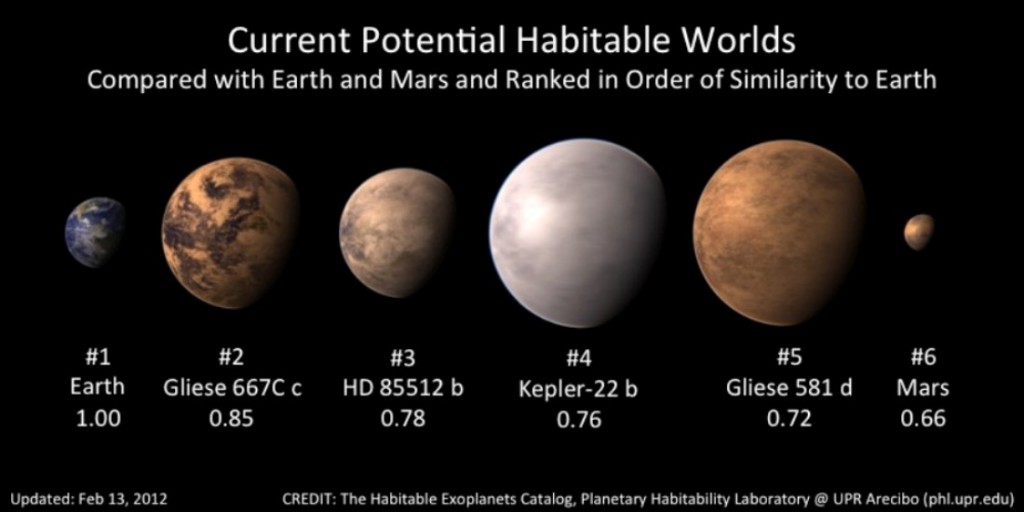 “Current understanding is that the terrestrial planets in our Solar System formed rapidly – in about the first 50 million years. The time scale of core formation depends strongly on viscosity. The high melting temperatures and the large viscosities that we’ve calculated for super-Earths suggest either a slow core formation or no core formation at all. This raises doubts about whether super-Earths could generate magnetic fields,” said Stamenkovic.

Even if those super-Earths are differentiated, the research indicates that convection would be sluggish or that stagnant layers could form deep in the mantle, putting an effective lid on heat flow from the core. Strongly depending on the initial conditions, conduction may become the dominant form of heat transport. This would reduce the cooling rate of the core, again potentially quashing dynamo action.

The team has found the propensity of plate tectonics to rather decline with planetary mass. But they also find that water in the lithosphere can easily buffer these effects. Hence plate tectonics on super-Earths is not inevitable, but rather depends on a set of unknown planetary characteristics, which can’t be observed on exoplanets in the near future.

The atmosphere of the early Earth is thought to partially result from the differentiation of the planet and subsequent release of gases through volcanic eruptions. The team found that the duration of volcanic outgassing and the production of molten rock generally decrease with increasing planetary mass, with a sharper decline for larger viscosities. This could limit the timescales for ongoing volcanic activity on super-Earths. This on the other hand could have severe impacts on climate regulation during global ice ages.

“Our work highlights the importance of understanding the thermal evolution of planets – moreover, it shows that super-Earths are more diverse than expected. We will only be able to fully answer questions by gathering more data from high-pressure experiments and from spectroscopic observations of super-Earth atmospheres orbiting close-by bright stars. Theory shows the possibilities, which are far larger than previously thought, but remains full of uncertainties,” said Stamenkovic.