News by Subject » Astrobiology & The Search for Life » Can Extraterrestrial Life be Detected by a New Telescope?

Astronomers from Leiden University and the Netherlands Institute for Space Research (SRON) think it may be possible to detect signs of extraterrestrial life within the next 25 years… without the need for a space mission. Their article about this will be published in The Astrophysical Journal. 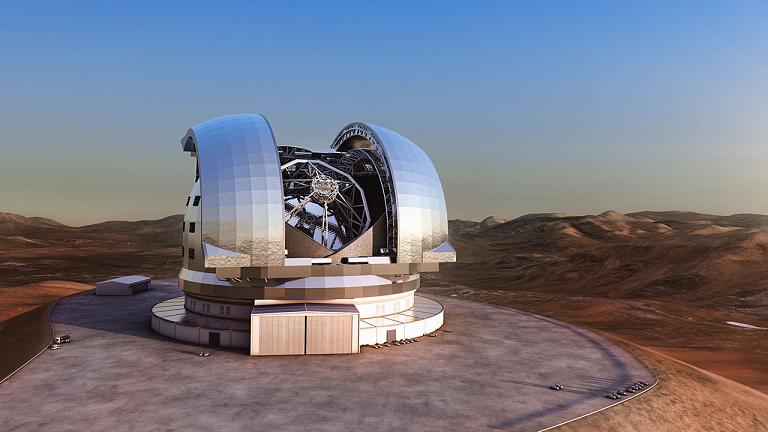 Artist’s impression of the European Extremely Large Telescope (E-ELT) in its enclosure on Cerro Armazones, a 3060-metre mountaintop in Chile’s Atacama Desert. The 39-metre E-ELT will be the largest optical/infrared telescope in the world — the world’s biggest eye on the sky. Operations are planned to start early in the next decade, and the E-ELT will tackle some of the biggest scientific challenges of our time. The design for the E-ELT shown here is preliminary. Image Credit: ESO/L. Calçada

Astronomers have speculated for decades about how observations of exoplanets could provide proof of extraterrestrial life. They can already observe certain gases that are exhaled by organisms in the atmospheres of exoplanets, planets orbiting stars other than our Sun. This idea, which has been around since the 1960s, has now been linked to a new observation method that uses relatively cheap flux collectors, large reflecting telescopes.

About 20% of the Earth’s atmosphere consists of oxygen. The gas is present because plants produce enormous quantities of it during photosynthesis. Without this biological activity, oxidation would soon cause all oxygen to disappear from our atmosphere. If oxygen were detected in the atmosphere of an Earth-like planet, this could therefore be a first indication of extraterrestrial life.

Until now it was thought that such observations would have to be performed using space telescopes. The oxygen in the atmosphere of the Earth would cause too much interference for the observations to be made from the ground. However, the plans of European and American scientists for a big dedicated space mission, such as Darwin or the Terrestrial Planet Finder (TPF), have been put on ice for a number of years, making it unlikely that such a telescope will be launched in the coming 25 years. 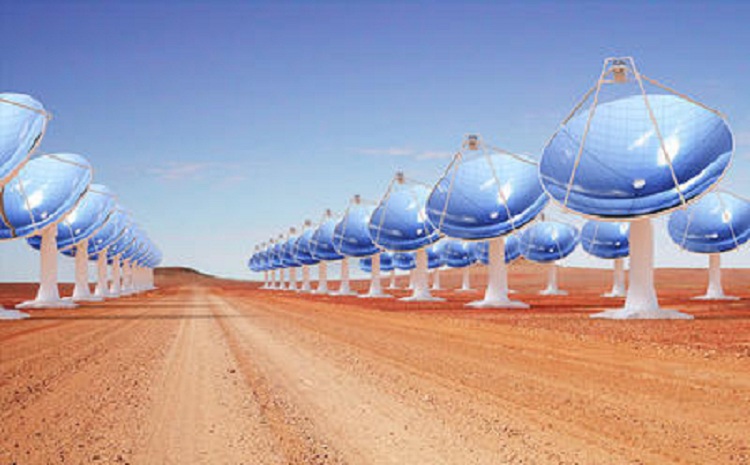 A group of Dutch astronomers from Leiden University and the SRON have now demonstrated that the same can be achieved with observations from the ground using a special method. ‘The way to distinguish oxygen in an exoplanet atmosphere from oxygen in our own atmosphere is to measure very precisely the wavelengths of the absorption lines,’ says Ignas Snellen from Leiden University. ‘The high speed of such a planet with regard to the Earth will mean that the oxygen lines are Doppler shifted, and therefore do not coincide with those of our own atmosphere. Consequently the telescope does not need to be outside our atmosphere, which delivers huge cost savings.’

The team has shown how oxygen in the atmosphere of a hypothetical Earth twin, seen against the light of a red dwarf, which is cooler and smaller than our Sun, could possibly already be seen with the planned European Extremely Large Telescope (E-ELT). ‘But we would need a bit of luck,’ says fellow researcher Remco de Kok (SRON). ‘The telescope will only be able to do this if extraterrestrial life is very common and can consequently be found relatively close by. Even the E-ELT may not be big enough.’

The team therefore suggests developing what are known as flux collectors. For spectroscopic measurements of bright stars and their planets it is not necessary to build a telescope such as the E-ELT that can take very sharp images. What is important is to collect as much light as possible, which can be done with big telescope mirrors of a much lower quality, which can be built at a fraction of the cost. ‘With a number of flux collectors, covering an area the size of a few football fields, we would be able to conduct a statistical study of extraterrestrial life on the planets by our solar neighbourhood  There is still a long way to go, but this should be possible within 25 years,’ says Snellen.