The rare Green Pea galaxies discovered by the general public in 2007 could help confirm astronomers’ understanding of reionization, a pivotal stage in the evolution of the early Universe, say University of Michigan researchers. 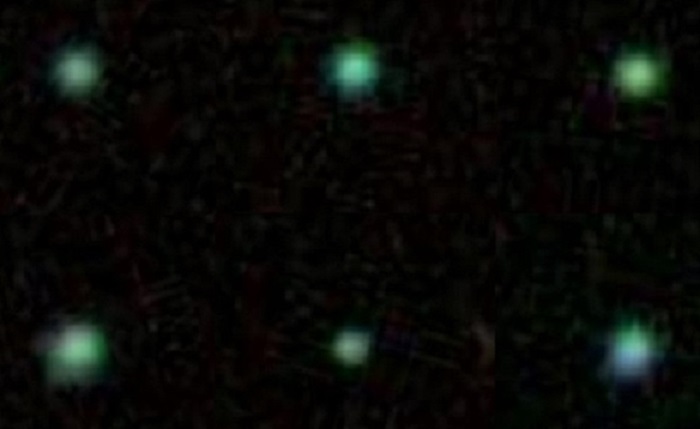 Reionization occurred a few hundred million years after the Big Bang as the first stars were turning on and forming the first galaxies. During this period, the space between the galaxies changed from an opaque, neutral fog to a transparent charged plasma, as it is today. Plasma is gas that’s electrically charged.

As for how this happened, the prevailing theory holds that massive stars in the early galaxies produced an abundance of high-energy ultraviolet light that escaped into intergalactic space. There, the UV light interacted with the neutral hydrogen gas it met, blasting electrons off the hydrogen atoms and leaving behind a plasma of negatively charged electrons and positively charged hydrogen ions.

“We think this is what happened but when we looked at galaxies nearby, the high-energy radiation doesn’t appear to make it out. There’s been a push to find some galaxies that show signs of radiation escaping,” said Anne Jaskot, a doctoral student in astronomy.

Jaskot and Sally Oey, an associate professor of astronomy in the College of Literature, Science, and the Arts, have found that the Green Peas could hold that evidence. Their findings are published in the current edition of the Astrophysical Journal.

“The Green Peas are compact, highly star-forming galaxies that are very similar to the early galaxies in the Universe,” Jaskot said. “Our analysis shows they may be leaking ionizing radiation.”

The researchers focused on six of the most intensely star-forming Green Pea galaxies, which are between one billion and five billion light-years away. They studied their emission lines as observed by the Sloan Digital Sky Survey. Emission lines show how light interacts with matter, and in this case, they helped the astronomers understand the relationship between the stars and gas in these galaxies.

“An analogy might be if you have a tablecloth and you spill something on it. If you see the cloth has been stained all the way to the edges, there’s a good chance it also spilled onto the floor,” Jaskot said. “We’re looking at the gas like the tablecloth and seeing how much light it has absorbed. It has absorbed a lot of light. We’re seeing that the galaxy is saturated with it and there’s probably some extra that spilled off the edges.”

Jaskot says the Green Peas are exciting candidates to help astronomers understand a major milestone in the development of the cosmos 13 billion years ago.

The paper is called “The Origin and Optical Depth of Ionizing Radiation in the ‘Green Pea’ Galaxies. See the full paper: http://arxiv.org/pdf/1301.0530v1.pdf