Messier 69, a globular cluster in Sagittarius 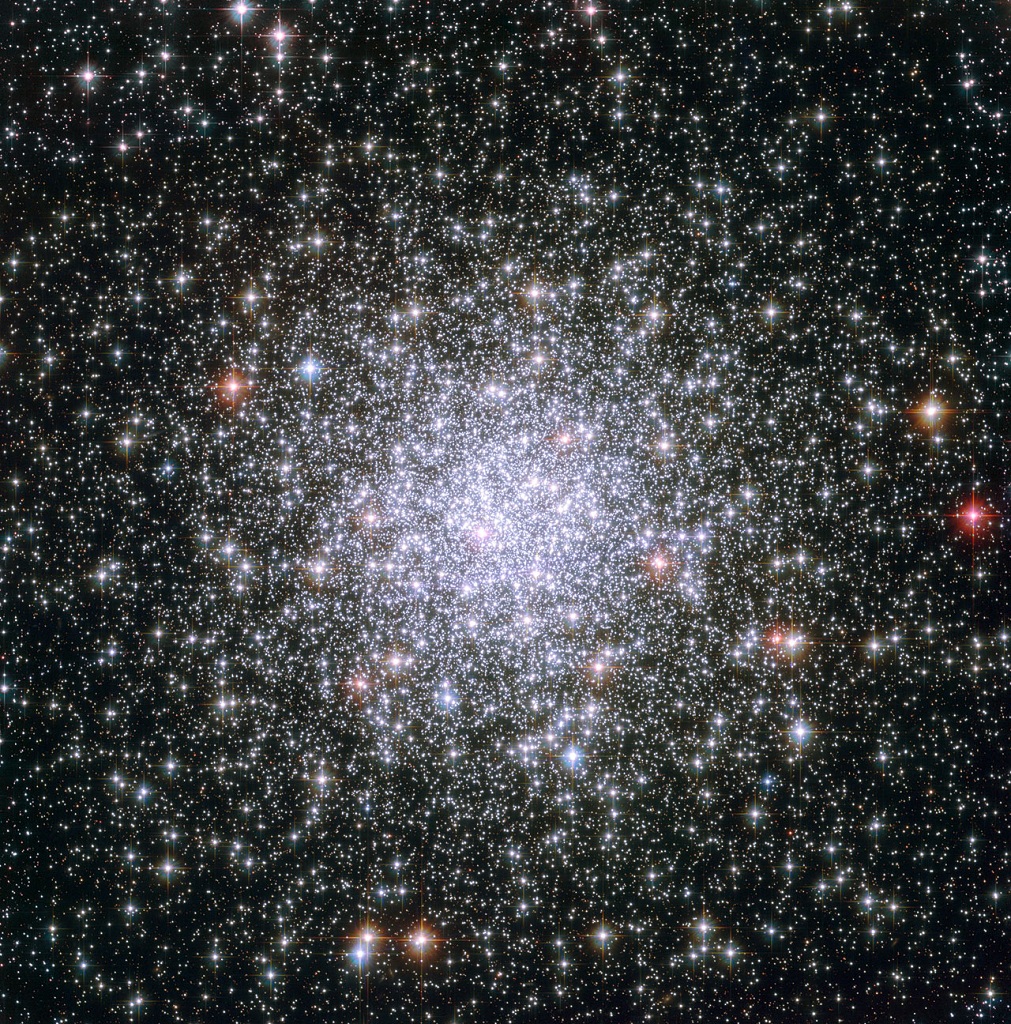 The visually bright compact core of Messier 69 is less than half its diameter, only about 26 light-years, while its half-mass radius is about 7.2 light-years. As such, It is one of the smaller and fainter globular clusters in Messier’s catalog.

Globular clusters are collections of hundreds of thousands very old stars that orbit a galactic core as a satellite. They are tightly bound by gravity, which gives them their spherical shapes and relatively high stellar densities toward their centers. The stellar concentration of Messier 69 is about average for a globular cluster. However, it is very poor in variable stars: only 8 have been discovered.

Remarkable is that, despite its age, Messier 69 is one of the most metal-rich globular clusters known, meaning that its stars show a relatively high abundance of elements heavier than the two most common elements in our Universe, hydrogen and helium. Nevertheless, this value is still significantly lower than that for the younger (Population I) stars like our Sun, indicating that even this globular cluster was formed at early cosmic times when the Universe contained less heavier elements, as these elements still had to be formed in successive generations of stars.

Studying the makeup of stars in globular clusters like this one has helped astronomers trace back the evolution of the cosmos.

Messier 69 forms a beautiful couple with the globular cluster Messier 70. Both can be seen at low magnification within the same image. The cluster is relatively bright, and can be seen through a binocular, although a telescope and a higher magnification is required in order to resolve stars.

This image is a combination of exposures taken in visible and near-infrared light by the Advanced Camera for Surveys on the Hubble Space Telescope. In this picture, foreground stars look big and golden when set against the backdrop of the thousands of white, silvery stars that make up Messier 69.